Nepal’s musical history is short as musicians started recording their music only after the establishment of Radio Nepal in 1952. Radio Nepal became an important platform and gave a wide range of audiences to the legendary musicians like Shiva Shankar, Narayan Gopal, Gopal Yonjan, Tara Devi, Aruna Lama, Arun Thapa, Koili Devi and so on. These artists did not only became household names for the people but also established the golden era of the Nepali music industry.

To celebrate the treasured generation of Nepali music industry, we are making a list of the greatest classic Nepali songs of all time that you should add to your playlist. And, as Hari Bansha Acharya’s character, Sur Mandal, in Maha’s Sur Besur would say, “Lakhaun geet chhan” (there are lakhs of songs), it is one of the most difficult lists we have ever made.

There are a few ground rules that we set up before making this list. First, we are featuring only one song of an artist. Second, we are not featuring folk songs of that era as we believe the folk songs deserve their own list. Third, we will only feature songs that are recorded before 1990. And, ranking them will be an insult to the artists so these songs are not being ranked.

The first song on our list is Ghulam Ali’s Lolayeka Ti Thula. And, it was an immense internal struggle to feature the Deepak Jungam-Ghulam Ali collaboration as there were other songs which are equally powerful and beautiful such as Gaajalu Ti Thula Thula Aakha, Kina Kina Timro Tasbir and Ke Chha Ra Diu. It has one of the most beautiful lyrics, penned by MBB Shah (the alias adopted by King Mahendra for his literary works) and is a perfect example of the prominence of the late king in literature. Jungum’s music is equally beautiful and one of his finest works. And, about Ali’s voice, we are out of superlatives to describe.

You can listen to other Ghulam Ali songs here:

From Deepak Kharel’s esteemed songs collection which includes prolific songs such as Timro Tyo Hasilo Muhaara Ko, Baadal Banaideu, Samjhana Ko Goreto Ma, Purnima Ko Raat Pani and countless others, we choose Pratiksha Gara. Magical and mystical as Kharel’s vocal prowess can get, Sambhujeet Baskota’s composition also surely paved way for him to become one of the greatest musicians of the country. Rajendra Rijal’s lyrics is also at its finest and represents one of the greatest lyrical eras of the music’s history.

You can listen to Deepak Kharel’s best songs here:

Selecting a song of Narayan Gopal gave us migraine. The singer, who is given the title of Swar Samrat (literally translates to the Emperor of Voice), has so many hits that choosing one feels like an insult to the others. Narayan Gopal is one of the greatest musicians ever produced and his songs are still celebrated by old and new generations alike. Listen to the song and you will know why. Kali Prasad Rijal is also one of the greatest songwriters in Nepali music history and the song is the perfect example of why he is considered so.

You can listen to the esteemed collection of Narayan Gopal’s songs here:

Bhakta Raj Acharya is such a pitch-perfect singer that he would not mis-sing even a semi note. One of the finest and celebrated singers of the Nepali music industry, Acharya, though, had to retire from singing at his peak due to cancer in his tongue. Acharya, who is also referred to as Bhajan Shiromani, has given us many legendary songs such as Jati Chot Dinchhau, Jaha Chhan Buddha Ka Aankha, Hajar Sapana, Hajar Aankha, Maya Meri Saanjha Bani and many more. And, with an acknowledgement that these are some of the greatest songs in history, we pick his song Mutu Jali Rahechha on our list.

Acharya’s best songs can be listened to, here:

The next song on our list is Kati Kamjor Rahechha Bhagya by Deep Shrestha, with lyrics penned by Yuban Manandhar. Deep Shrestha is one fine composer, who has given us many magical songs such as Biteka Kura, Ma ta Dur Dekhi Aayen, Hu Yatri, Har Raat Sapani ma, Mero Aankha Ma and many more.

You can listen to the greatest songs by Deep Shrestha here:

Another legendary musician in our list is Gopal Yonjan, who has composed many songs such as Chyangba hoi Chyangba (sung with Gyanu Rana), Kahile Kahi Mann Ka Kura (sung by Udit Narayan Jha), Jeevan Ko Harek Mod Ma (sung by Narayan Gopal and Aruna Lama), Galti Hajaar Hunchhan (sung by Narayan Gopal) and many more. But, we put his song Mero Pau Ma on our list, which we believe is one of his greatest works with classical roots, high tempo, extraordinarily beautiful lyrics and the magical voices of Yonjan and Meera Rana.

Yonjan’s greatest works can be listened to here:

An artist gone too soon, Arun Thapa was a precious gem who rose into prominence in the 1970s and ruled the Nepali music industry for three decades before dying in 1999 due to lung and liver ailment. A poll conducted in 165 countries by BBC in 2002 to list the 10 greatest songs of all time, his song Ritu Haru Ma Timi was voted as the 7th greatest song. His other songs such as Jati Maya Laae Pani, Saanjh Ko Joon Sangai, Bhulun Bhulun Lagyo Malai, Ma Roe Pani and many more are still one of the most celebrated songs today and are on lips of the common people. But, his song, Chot Ke Ho Byatha Ke Ho makes our list as one of the greatest Nepali classic songs of all time.

You can listen to Arun Thapa’s greatest songs here:

Tara Devi, also referred to as the Nightingale of Nepal sang over 4,000 songs in her lifetime. She is considered one of the greatest singers of all time and has inspired almost every female singers of the country. Her most beloved songs include Phool Ko Thunga, Kaali Paari Dai Kati Raamro, Soche Jasto Hunna Jiwan, Parwati Ho Naam, Phoolai Phool Ko Mausam and countless others. And, to pick one song from her legendary discography was the most painful one for us. But, without disrespecting her other songs, we choose Ukali Orali on our list. Composed by Naati Kaaji Shrestha, the song includes lyrics from another royal family member in Chandani Shah, an alias taken by late Queen Aishwarya.

You can listen to Tara Devi’s greatest songs here:

Like Tara Devi, Aruna Lama was one of the finest female singers in Nepali music and considered a pioneer in Nepali music. Her notable songs include Pohor Saal, Eh Kaanchha Malai Soon Ko Tara, Yeti Dherai, Eklai Basda, Bhettinu Chuttinu and many more. And, for our list, we choose the song Phool Lai Sodhei, which we believe is one of the finest songs composed by Karma Yonjan, with lyrics penned by Norden Rumba.

Phatteman Rajbhandari is an iconic singer who gave us legendary songs such as Banai Khayo Dandhelo Le, Esto Pani Hundo Raichha, Sannani Ko Gaalai ma, Raktim and so on. His song, Marna Baru Garho Hunna, has one of the saddest lyrics (like many others on our list) and is a classic that gives you tragic feelings even when you are single. Such is the power of the song and therefore made to our list of the greatest classic songs of all time.

Phatteman’s other songs can be listened to here: 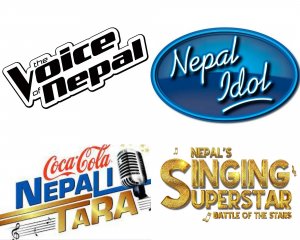