A woman died when a truck hit a scooter she was riding on in Narayangadh of Chitwan on Thursday.

The victim has been identified as Bishnu Dawadi (30), who was riding pillion on the two-wheeler (Na 59 Pa 3504) when a truck (Na 5 Kha 5816) hit the scooter from the rear side at Pulchok, Bharatpur metropolitan city.

Seriously injured in the incident, she had breathed last while undergoing treatment at the Naya Medical College in Bharatpur.

The scooter rider, Jasmin Neupane (22), is undergoing treatment at the same health facility.

Police have arrested the truck driver for further investigation. 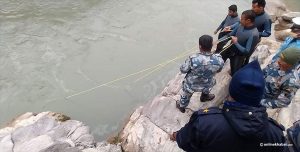 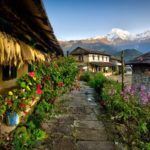 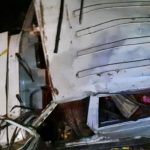