Several world-renowned hotels are set to expand their services to Nepal. International hotel chains Marriott, Aloft and Starwood’s Sheraton along with Dusit International, Clarks, Mirage Lords and Leela are either opening up new properties or are taking over the management of existing hotels in the country.

Thai operator of luxury hotels Dusit Thani will be taking over Hotel De’l Annapurna. The group will be investing Rs. 5 billion to upgrade the existing facilities of the hotel’s property at Durbar Marg and will also be constructing a new wing with 100 more rooms. NRNA (Non Resident Nepali Association) Chairman Shesh Ghale’s Australia-based MIT Group Holdings is currently constructing Hotel Sheraton in Kathmandu. With an estimated investment of Rs. 8 billion, the hotel will have a total of 218 rooms. Sheraton is the luxury brand of the USA-based hotel chain Starwood.

Starwood is also bringing its Aloft brand of hotels to Nepal. The chain will be housed in the currently under construction Chhaya Centre at Thamel while the brand’s another property, also planned at Thamel, will house the Marriott hotel. The 140 room Aloft Kathmandu Hotel at Chhyadevi Complex is being built at an investment of Rs. 5 billion.

Among the international chain already in operation in Nepal is India’s Mirage Lords. The hotel located at Battisputali is one of 26 hotels the group operates worldwide. Pokhara, Lumbini and Kathmandu will also get new hotels of a European chain according to outgoing Chairman of FNCCI Suraj Vaidya. Civil Aviation Authority of Nepal, Yeti Group, Laxmi Group, Shekhar Group has also announced to bring international hotel chains in the country while Summit Group has signed a deal with India’s luxury hotel chain The Leela to start a new hotel. The chain owns a large network of hotels around the world. The introduction of the chain is expected to pull substantial number of Indian tourists to the country.

At Pokhara, The Fulbari Resort is also expected to draw a large number of Indians after being taken over by an Indian management team from Clarks Hotel Group. The group will oversee the resort for 20 years. With 40 hotels worldwide that includes several seven star properties, the group pulls in large number of high-profile clientele.

With an investment of Rs. 5 billion, Ajaya Sumargi’s Mukti Sri Pvt. Ltd. will be bringing a European chain at Kathmandu’s Bishalnagar. The property will have a total of 220 rooms. Maliram Shiva Kumar’s MA Group has partnered with American chain Marriott to invest Rs. 2.5 billion in a property to be built at Naxal. The 240-room hotel will be operated under the name Everest Hotel Group.

Nepal holds immense appeal as a tourist destination. The arrival of these multinational brands in the country’s hospitality sector is not only expected to draw wealthy tourists to the country but is also expected to put Nepal as a premium destination in the global tourism map.

The recent surge of luxury hotels in the country also puts into light the huge untapped market the country holds for high-spending visitors. However, the presence of tourism products solely cannot guarantee the arrivals of visitors. Nepal can dig into the huge international tourism market only if it can publicise it well in the international arena. These international chains are expected to do just that. It is expected that these chains will market Nepal as a premier destination by using their presence worldwide.

Several five star as well as mid level hotels in operation in the country are already under foreign management. Tourism entrepreneurs and investors are positive that the arrival of these chains will bring a boost to the overall tourism sector of the country. 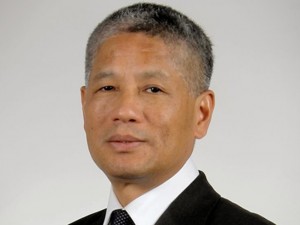