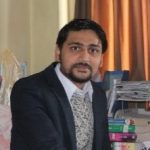 While the prosperity and development of the United States cannot be compared to that of Nepal, there is one thing in common; we have our Donald Trump. The Prime Minister of Nepal, KP Sharma Oli is confident, bossy, and dauntless in criticism which resembles some qualities of Trump, among many.

Recently, one of the MPs asked the prime minister, “Who said the immunity power of Nepali people is strong?” in seeking the scientific evidence regarding Oli’s repeated claim.

“I said, you must have heard,” Oli answered confidently buttressing his argument with a superficial logic in Parliament.

The confidence of Donald Trump is regarded as a quality a leader should possess, and Oli is no less confident than Trump. For instance, the way he talks and delivers political lectures is sure to influence many, if not all. Despite his minimal academic qualification, he can also speak and deliver speeches in English easily. What he talks, either you love or hate, are clear enough to understand his ideas and thoughts.

Insincerity toward the pandemic

For several weeks, US President Donald Trump downplayed the likely consequences of the coronavirus, presenting it as a minor nuisance. He labelled the virus a ‘Chinese virus’ to castigate China when the infection rate was soaring globally. He further scorned the role of WHO and rescinded the donation.  This action was criticised as an immature action from the global sphere in the midst of the pandemic.

Now, look at Oli. “The coronavirus coming from the Indian side is more lethal than that coming from China,” he said a few weeks back. His statement further intensified the border debate in Indian media. Whether it is about the chemical composition of the virus or the claim that ginger and turmeric will fight against the virus, Oli’s statement only proved him as critical as Trump.

Likewise, in one of the speeches, Oli stated that the death of Nepalis was not due to the virus itself but due to other reasons. In the meantime, there was multifold evidence that people died from the virus, he was criticised for this cursory comment on the serious issue. While Trump and Oli both had faced some malicious allegations, they both won the elections with outstanding records. Let’s see this fact in more details.

During the election, Trump was accused of being a mafia member, running unscrupulous business dealings, and promoting racial discrimination. But still, he confidently steered towards a landslide victory in the presidential elections.

Oli was condemned on social media for passing demeaning comments toward the Madhesi community before the election in Nepal. Despite this, he managed to gain an outstanding triumph in the election with almost two-thirds majority seats for his party.

What worked better for such victory? The stance Oli took against the 2015 Indian blockade had established Oli’s ‘patriotic’ image, which gave him a great victory. Apart from this, confidence is something that fetches people’s attention even if they are with some controversial remarks. The one who can influence people in any way is a good player in politics.

Reprimanding the media is the next thing both Trump and Oli are accustomed to. Trump has always relished trashing the press, pretending that they are his most wily opposition. During briefings, he loves to play with insulting remarks when reporters ask reasonable questions or sometimes he would rather not answer. He insulted reporters from CNN and Fox News with sarcastic retorts even during the pandemic. We saw in the international news that he had berated, insulted and demeaned female reporters abruptly halting the press conference.

Now, look at Oli. “Media is creating instability in the country,” said Oli in the video message on the occasion of International Labour Day. Oli’s distaste for the media has long been a salient feature of his administration. Once, he showed displeasure stating that the media lacks the “heart” to report the good deeds of the government.

Intolerant to criticisms, the next common feature both hold is that they pass frequently unconscionable, superficial and bossy comments on serious issues. They easily snub opposite views without a serious look.  The notion that ‘the majority has elected me and my opinion is always the right’ will not help always. Instead, trying to understand the opposite views will make leaders more responsible for their deeds. The real leaders should listen to the criticisms and feedback from both public and opposition parties.

While it is the duty of opposition party to object to the wrongdoing of the government, sometimes they may aggrandise minor issues also to gain political advantage. Whatever it is, the leaders should at least have the patience to listen to those comments and understand them well. This way they can ignore if the issues seem worthless or try to assuage the criticisms by stating they will take the feedback seriously.

Bhandari is a lecturer.

Bhandari is a lecturer. 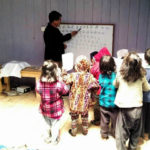 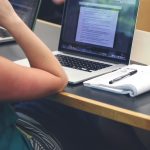 Minimising Covid-19 impact on Nepal education: What can be done next? 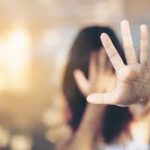