A man has reportedly killed his wife under the influence of alcohol in Katunje of Bhaktapur recently. Police have arrested the man for further investigation.

Jeevan Rai (28), a permanent resident of Kerabari in the Bhojpur district of eastern Nepal, currently residing at Taj Tole, Katunje, Suryabinayak municipality-5 of the district, killed his wife Mandira (25), according to the Metropolitan Police Range in Bhaktapur.

Under the influence of alcohol, Jeevan beat up Mandira, killing her on the stop, according to investigators.

Police are still probing the case. 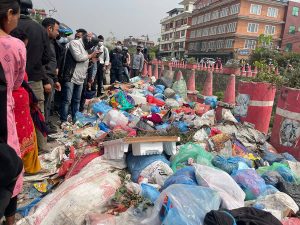