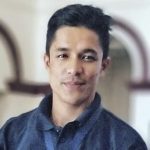 Image by Pexels from Pixabay

A brief q and a

One day, one of my close friends asked me a question; I would say that question was a life-changing one. So, what was that question? Well, let me first highlight the brief background here.

He seemed to be a little frustrated and demotivated that day. I found him in a super-depressed disposition.

Before responding to his query, I first asked him “what happened, mate?” His response was “well, man, I am nothing, I know nothing, I am just a useless dude.” That was literally his response.

I asked him again why he was saying so. He replied, “well, you tell me. Do you think I can do something?”

I did not reply…At first, I simply smiled at him (I was sort of not taking his concern seriously). But then, I suddenly realised he was very serious at that very moment. He then further added quoting his specific dream and said “well, man, I need to change my dream, it is beyond my capacity. Everybody says that and I think I also believe the same, it is actually beyond my capacity, I don’t think I can achieve it.”

I was about to say something, but he sort of stopped me. Then, he asked me a question; that was the question that I talked about just above.

That was his question.

I simply answered, “It is all good…”

We spent some time together chit-chatting.

When I  reached home that day, I started thinking about all the conversations we had and remembered those words I used to respond to him. I analysed every word I said to him.

Later that day, I realised that the answer I gave to him was not just an ordinary response to his query but was a powerful line that could actually change his life if followed properly with self-discipline.

That day, I realised that having only knowledge (in your head) is nothing more than a super-expensive beautiful piece of art that you bring to decorate your wall. But, that wall, in case of knowledge, is supper messy, not even plastered and white-painted. The roof of that home is not even capable enough to block the normal rainfall. At that moment, I literally felt that I answered/suggested him–big lines and big words–but not realising what that really meant.

But, that day I understood the meaning and those powerful lines I suggested. I do not know how my friend pursued them. But for me, wow!! I have realised only having knowledge in you and not applying them does makes you no different than an “illiterate person”. I understood that applying, realising, and making them habitual is key to reach into the dream and becoming a successful person. From that day to now, at least I am applying them in my everyday life. I am not really sure about its outcomes, but I am at least enjoying the process.

As my other best friend once said to me to “enjoy the process, not the outcome”. Yes, that is what I am doing today. And I am enjoying it.

So what suggestion did I provide to him that day actually?

Well, I was focusing on two things – a statement by Dr APJ Abdul Kalam and the Kaizen Theory, to inspire him to pursue success.

Let’s not focus on the historical background of this theory. But, that day, I basically gave my friend how the Kaizen theory can be used for personnel transformation. I focused on ideas about this theory to achieve specific goals.

So, what does this theory say? That day, I simplified the Kaizen theory and explained it to my friend as follows:

These were only the two major suggestions I gave to my friend that day. But, there are plenty of other success stories, motivational speeches and persons around us. We tend to read them, listen to them, and get good advice from them. This is common to most ordinary people like us. But, there is one fundamental difference between a successful person and a common person. That is, successful people, in addition, try experiments, and apply those success formulae to their lives. Most of us, on the other hand, just pursue them simply as that. That actually leaves us behind.

Baral is a humanitarian aid worker, and a conflict, peace and development studies scholar, currently studying at the Department of Conflict, Peace and Development Studies (DCPDS), Tribhuvan University.