When Trump assumed office in January 2017, Emma Artley, then 23, was working for the US government’s international cooperation agency, USAID, for a short term. Looking forward to some exciting announcements from the new administration, Artley was shocked when the new administration reinstated and expanded the Global Gag Rule. The president’s order not only forbade the USAID from extending funds to the organisations working on the safe abortion issue, but the staffers were restricted from talking about abortion issues.

“It put some kind of ethical pressure on people working there,” Artley recalls after around two years in Kathmandu, “Many of them were not satisfied because the decision made by one white man hampered the lives of thousands of women across the world.”

Recently, Artley and 24 other young people, each of them aged 25, were in Kathmandu for the celebration of what SheDecides, the global movement that emerged as an immediate response to the Gag Rule, achieved in past two years.

Interestingly, these 25 people represent 25 different countries of the world; but they came to Nepal to discuss the common cause that they are fighting for. They concluded the meeting with a common vision.

Different issues, but the same focus

These young people are youth leaders in their respective countries, running different forms of campaigns and activities in the sexual and reproductive health sector. In the recent two-day event, these delegates shared their stories and experiences with each other, with a focus on how they can improve them in the future.

Heather Masimba from Zimbabwe is one of the participants of the event. She says she forgot differences the participants had during the programme because they had one goal: to empower women so that they can take the right decisions about complex issues of sexual and reproductive health rights.

“For example, the gender gap is one problem that has affected each of these countries,” Masimba explains, “In our country, the minimum age for consensual sex is 18 years, but it is not implemented for girls as nearly 20 per cent of them are married before 15.”

In the meantime, Artley laments that many people wrongly perceive her country as the one which has eliminated all such problems. “But you are wrong, gender gaps exist in the US too,” she informs, “For example, when an American man earns one dollar, his female counterpart earns only 79 cents at that time. For African women, it is even less: around 60 cents.”

While such gaps have resulted in the inability of women to take the right decisions in the US and Zimbabwe, it is lack of information and education in Malawi. “Because girls do not know complications, teenage pregnancy is increasing in our country,” says Erasmo Mbemba.

In the Philippines, lack of information and education has not only barred women from taking decisions, but thousands of youth are also on the verge of death due to HIV infection. “The majority of our population is Catholics who believe that using contraceptives is a sin. As they have sex with multiple partners due to different reasons, it is very difficult for the authorities to identify which people are HIV positive and which are not,” explains Neil Lomibao.

For Senegal’s Christine Keneh Sarr, female genital mutilation has been one of the biggest challenges that block women from exercising their right to enjoy sexual and reproductive health rights. She says she wants to stop this practice through her campaigning.

These people believe that all such issues can be resolved through their advocacy movements, and SheDecides provides a platform for them to empower themselves so that they can empower women around them.

SheDecides introduces itself as “a global political movement driving change.” It is not an INGO or any time-specific project; but UN agencies, NGOs and INGOs, local communities and individuals have become parts of it globally.

Campaigners of SheDecides, coordinated by the SheDecides Support Unit currently based in London, hosted the meeting of the youth whom they call ’25X25 The Generation of Change’ so that they can learn something from Nepal.

This group consists of people born in 1994, the year of the International Conference in Population and Development, commonly known as the Cairo Conference. The campaigners say they regard the 1994 conference as a milestone of women’s sexual and reproductive health rights movement and they want to establish themselves as the next generation of change makers.

They believe Nepal is an appropriate host of the meeting because recently introduced relevant laws are progressive in terms of respect to women’s right to self-decision.

“We have learned that Nepal has very good laws in the sector. Of course, they are not implemented properly, but having the laws itself is an achievement in itself and we are inspired by the country,” Sonam Yangden from Bhutan says as Mbemba of Malawi adds, “Having right laws in place suggest that everything is possible anywhere. We just need time and commitment.”

Zimbabwean Masimba’s understanding is also similar. “Consistency is important in any kind of change movement. Nepali activists did not stop their movement despite challenges galore so that they achieved something.”

While Masimba stresses consistency, her other mates are also determined that their movement will not end anytime soon.

“Due to the Cairo Conference, a great change took place in the sector of women’s reproductive rights. Interestingly my grandma had attended that event. Now, in the 25th year, I am a part of SheDecides,” Artley from the US jokes, “Maybe after 25 or 50 years, my daughter or granddaughter will become a part of such movements and proudly say that my mama or grandma attended the SheDecides event when she was 25.”

While the focus remains the same, manifestations of issues and agendas that they advocate for will inevitably change. “The issues differ according to time and place, but it is an ongoing journey and will not stop,” Bhutan’s Yangden is confident.

“Therefore, we have to do our best work for now so that our kids can have the best environment to make the right decision. But, at the same time, they will have to do their best to improve the situation for the next generation.”

These 25 people will meet again after nine months. “We will be meeting for the Nairobi Summit in November,” Lomibao informs, “In the next nine months before the summit, we will interact with each other through different mediums and come up with one vision on the next course of action.”

“Many movements of the world have failed because the actors within have different opinions about how do they want to achieve the goal,” Yangden claims, “But, we have already become friends so that we will reach a consensus. It will make sure we will achieve what we aim.”

Bajura: Excessive bleeding claims the life of a new mother 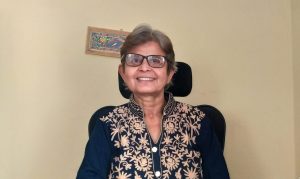 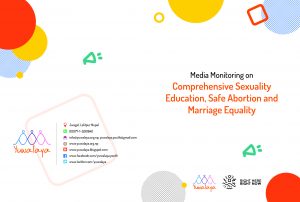 Are girls and women safe during Covid-19 pandemic? 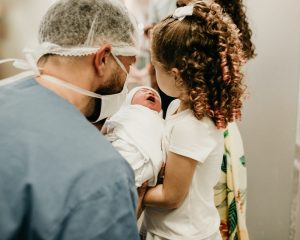 Ensuring access to sexual and reproductive health services amid lockdown 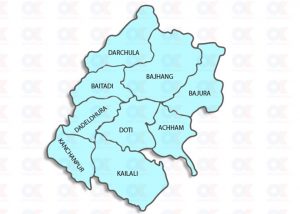 Chhaupadi tradition killed 16 in Sudurpaschim in one year: NHRC