Tenth Congress convention: When Deuba was up against another Koirala

In the cold of November 2000, things were heating up inside Nepal’s oldest surviving political party. On the ninth, of the month Sher Bahadur Deuba, a ‘conciliatory’ figure in a party divided into different camps, was in an aggressive mood.

With his trusted general Pradip Giri by his side, Deuba, in a rable-rousing speech in Barahari, Janakpur told his supporters, “I am announcing my candidacy (for Congress leadership) to protest nepotism and the anomalies in the party… with ills like these prevalent in the party, we cannot solve issues like Maoist insurgency, poverty or illiteracy.” “I am announcing my candidacy (for Congress leadership) to protest nepotism and the anomalies in the party… with ills like these prevalent in the party, we cannot solve issues like Maoist insurgency, poverty or illiteracy.” — Sher Bahadur Deuba, November 9, 2000

With just two months to go for the party’s ninth general assembly, Deuba, who tasted power as the party’s parliamentary leader (and later Prime Minister) in 1995, was eyeing the Nepali Congress’ top post — its presidency — and none other than heavyweight and then Prime Minister Girija Prasad Koirala also wanted the same. Deuba, who believed Koirala was behind the fall of his government, had figured out that for him to have an iota of chance against Koirala, he would have to make friends with Koirala’s foes. And there was no foe stronger than Krishna Prasad Bhattarai.

Just a few days before Koirala and Deuba announced their candidacies, the ‘saint’ leader talked to a few journalists at his residence in Bhainsepati. Sitting on his ‘simple bed covered with an ordinary mattress’, Kishunji showed whose side he was on: “The time has now come for me and Girijababu to take rest from politics. We have new generation leaders like former PM Sher Bahadur Deuba, who can perform better than us.”

One of the journalists asked, “Do you mean that second-generation leaders from Congress party are competitive enough to take control of the government?”

“Yes. Young people are always strong and competitive. I have already asked Girijababu to hand over the party to younger leaders.”

KP Bhattarai, one of the triumvirate (Bhattarai, Ganesh Man Singh and GP Koirala) to take charge of Congress after the charismatic BP Koirala, had many reasons to not like GP Koirala. The latest reason was that he had to cut short his stay in Baluwatar because of Koirala, just eight months ago.

The Koirala-Bhattarai-Singh rivalry within the Nepali Congress, a political party born during Nepal’s democratic movement in the 1950s, was neither the first nor the last of its kind. As long as BP Koirala was alive, the three did not dare challenge his leadership. But when BP passed away without naming a political successor, all three thought they could take charge. With Singh gone, the contest was now between Koirala and Bhattarai.

With Bhattarai choosing to discontinue his active political life soon after being unseated from both the party and the government, it was his newly-adopted protégé Deuba, who was to now fill in Bhattarai’s shoes, and lead the ‘rebel’ camp.

Koirala, who became party president following the ninth general convention in 1996, was unfazed. The 78-year-old wanted to have a go at the leadership one more time.

At a press conference on the eighth of the month, Koirala had made the announcement. “I seek re-election to the party’s topmost post to fulfill many promises I made during the ninth General Convention”. He also told reporters that KP Bhattarai also supports his candidacy (Bhattarai dismissed the claim). 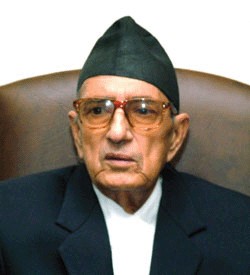 “I seek re-election to the party’s topmost post to fulfill many promises I made during the ninth General Convention” — Girija Prasad Koirala, November 8, 2000

Meanwhile, mud-slinging had become a routine affair ahead of the January convention. It was clear there wasn’t any ideological chasm between the two; this was a battle for control over the party, a vehicle to get hold of state power.

Koirala camp members, including cousin Sushil Koirala, who had a stronghold in the party’s organisation, accused Deuba, then a ‘favourite’ among the Kathmandu elites, of attempting to capture party leadership through money and power. Deuba camp responded by accusing Koirala of dictatorship, nepotism and fraud.

When the election results came in January 2001, it was Koirala, who had the last laugh. But Deuba’s show was not poor either. He secured 35 per cent of the votes cast, surprising many. With the win, Koirala cemented his grip on the party, and the government.

With the win, Koirala did not feel the heat despite opposition protests. The left parties in Parliament united against Koirala calling for his ouster; they even called on Bhattarai to bring a no-confidence motion against Koirala, whom they accused of being incapable of resolving the budding Maoist insurgency.

But it was neither the opposition nor the rival camp within the Congress that forced Koirala out of the power that year: He even survived a no-confidence vote.

Following GP Koirala’s resignation in June that year, daughter Sujata told the press the reason for his exit. “He resigned because the army was not deployed (by the King) in Maoist-affected areas to the level desired by the government.

But with Koirala at the helm, the party establishment took the government to task. Deuba’s government opened dialogue with the CPN (Maoist), but the dialogue ended abruptly on November 23, 2001 when the Maoists raided an army barrack in Dang and looted several police camps.

Deuba mobilised the army and declared a state of emergency suspending fundamental rights. When there was a row over the extension of the state of emergency in late May 2002, Deuba asked the king to dissolve Parliament and to call for new elections. This led to a split of the NC into two groups led by Girija Prasad Koirala and Sher Bahadur Deuba, respectively.

The confrontation between Deuba and Koirala was splashed all over front pages of local newspapers. On one occasion, GP Koirala said: “If Deuba had a moustache, he would look just like Prachanda, the Maoist leader.” Deuba responded with another jab saying it was Koirala whose attitude befitted the rebel leader.

After the Election Commission decided to recognise the group led by Girija Prasad Koirala as the official Nepali Congress, Sher Bahadur Deuba registered his group as a new party under Nepali Congress (Democratic) on September 22, 2002.

The eleventh general convention of Nepali Congress in Kathmandu was an easy win for Koirala, with Deuba out of the way. Narahari Acharya, who also contested the election, said he never stood a chance, but was contending to establish the agenda of ‘republicanism’ (the King had already cemented control over the government then, and political parties were in agitation).

The party would unite only two years later, On September 25, 2007, to face the CA elections, with GP Koirala as the party chief, and Prime Minister.

The next general convention (the 12th convention) took place in Kathmandu. The contest was again between Koirala and Deuba, but the Koirala in the fray was Girija’s cousin Sushil.

Even as Deuba and Koirala made amends to unite the party, groupism within the rank and file remains till this day, and that will be a crucial factor ahead of the party’s 13th convention, to be held soon. 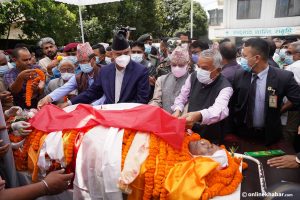 Pradip Giri, a Nepali Congress intellectual, is no more 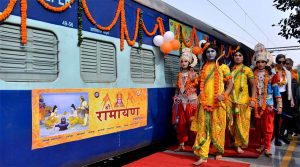