The Surkhet District Court has sent a woman to jail for three and a half years for filing a fake rape complaint.

A single bench of judge Rajendra Kumar Acharya issued the verdict against a 37-year-old woman of Birendranagar, Surkhet. The woman had filed a complaint at the District Police Office in September last year, claiming a staffer of the Birendranagar municipality office raped her at a hotel.

However, the claim was proved wrong during the trial, hence the court decided that she defamed the man, and she now has to face the action for that, according to the court’s record-keeper Yam Prasad Baskota.

The court has already told the police to nab and imprison her. 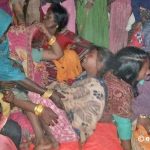