The Supreme Court on Tuesday has scrapped one of its interim orders that would let existing elected officials run for the upcoming local elections without resignation from the existing position.

With the previous order removed, the officials will not have to announce their resignation from the current positions before they file nominations for the May 13 local elections.

Last month, the Supreme Court had told the Election Commission to not implement the provision of its new code of conduct that requires existing elected officials to resign if they want to contest the May 13 local elections.

But, a division bench of justices Tej Bahadur KC and Til Prasad Shrestha scrapped the writ petition that had demanded such an order.

Nima Gyaljen Sherpa, the chairman of the Helambu rural municipality in Sindhupalchok, had filed the petition. The main opposition, CPN-UML, had also demanded that the resignation should not be made compulsory.

But, the commission had been defending that the provision was made to let every candidate have equal playing fields. 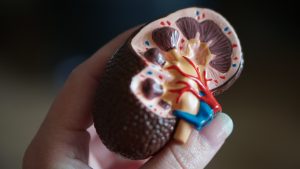