Rhododendron bloom early in the Himalayas 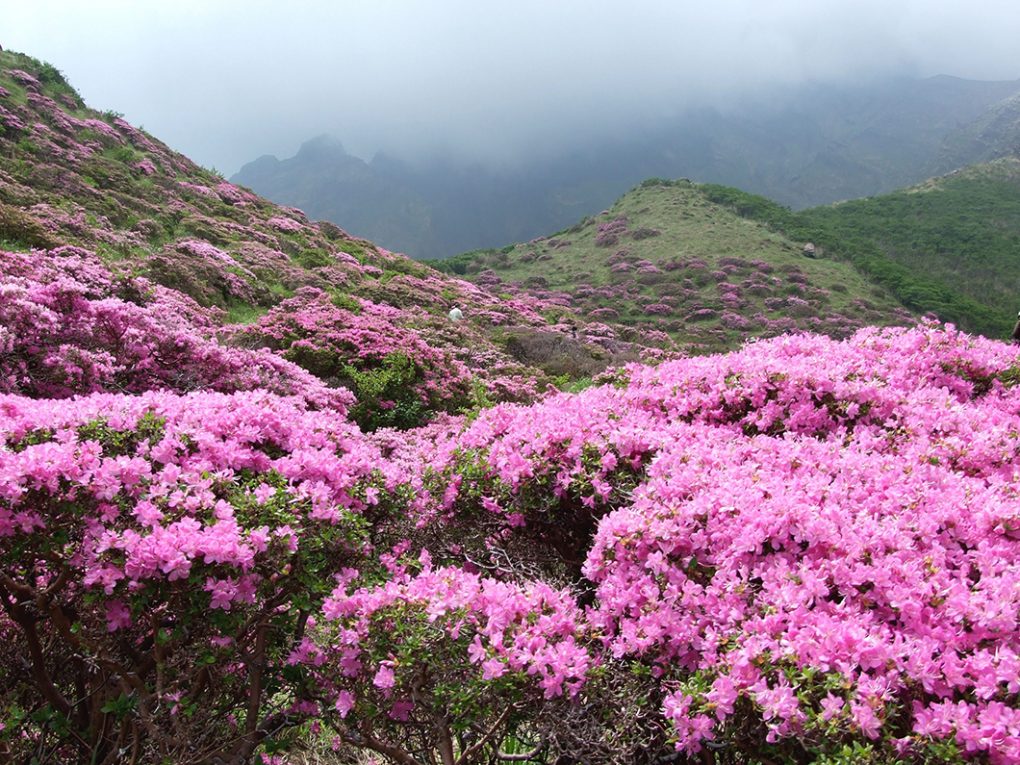 The ‘western disturbances’ that bring rain and snow to the mountains every winter have themselves been disturbed by climate change, leading to warmer and shorter winters and untimely flowering of the famous flower

Something unusual happened this year in the hills of Uttarakhand in northern India — the rhododendron bloomed in January. The blooming, celebrated as flower day (phool sankranti) across the Himalayan state, usually heralds the onset of spring. But the blooming of the flower two-three months early, due to an unusually warm spell, could be a result of climate change, some researchers say.

Rhododendron arboretum, a small evergreen tree locally known as buransh, is flowering early because temperatures are rising in the hills. Rhododendron needs a temperature of 15-20 degree Celsius to bloom, which is the average temperature in the months of March and April in middle and higher reaches of the Himalayas. But, for the last few years, the winter months have recorded high temperatures leading to the early flowering.

This phenomenon was first noted in a 2014 study, which, based on real-time field observations from 2009-11, showed peak flowering of rhododendrons from early February to mid-March. Earlier, the full bloom used to be from March to May. The same study also analysed long-term temperature data of the region from 1971 to 2011 and found a significant increase in mean maximum temperature.

Rhododendron isn’t the only tree in Uttarakhand affected due to rising temperature and changing climate. Kaphal (Myrica esculenta), a local tree with edible fruits much loved in jams, jellies and pickles, has also been bearing fruit three-four months earlier. In the adjoining hill state of Himachal Pradesh, reports of early flowering of mango and lychee trees are pouring in.

Whereas it is hard to pinpoint the exact reason for early flowering and early fruiting of trees in the Hindu Kush Himalayas, meteorologists say the changing pattern of the western disturbances (WDs), the only source of winter precipitation in the mountains and also the plains of Pakistan and northern India, could be an important contributing factor.

“The early flowering of trees in these hill states means the early onset of spring-like conditions, which is an indication of improper winter and lack of winter precipitation, as winter rains and snowfall help lower the temperature,” Akshay Deoras, an independent meteorologist, told indiaclimatedialogue.net. “The only source of winter precipitation in northern India is western disturbances that seem to be weakening during winter months.”

Deoras, along with Soumik Basu and Peter Bieniek, carried out a study last year published in the Asia-Pacific Journal of Atmospheric Sciences, which documented reduced western disturbance activity over northwest India during 2014-15.

The winter precipitation situation remains grim. As per India Meteorological Department’s (IMD) rainfall map for January 2018, Jammu and Kashmir (J&K) had a large rainfall and snowfall deficit of 95%. Himachal Pradesh and Uttarakhand, too, have large deficits of 91% and 66%, respectively, for the same month.

A western disturbance (WD) is an extra-tropical storm that originates in the Mediterranean region. This disturbance, essentially an area of reduced air pressure, carries moisture in an easterly direction from the Mediterranean Sea and the Caspian Sea. It carries rain and snow to Pakistan and northern India. The WD is associated with winter rainfall, snowfall and fog in northern India.

However, in the last four to five years, meteorologists have observed a changing pattern in WDs. “Normally there used to be six to seven WDs a month in north India during the winter, of which two to three were strong WDs. These seem to have reduced,” said Deoras.

The timing of WDs is also changing, he said. For instance, the September 2014 floods in Kashmir and the June 2013 flooding disaster in Uttarakhand were caused due to strong WDs. Untimely hailstorms in Marathwada and parts of Central India have also been linked to WDs.

“Apart from the frequency of WDs, even their strength is reducing in winters, which needs careful scientific examination as changes in WDs will have a direct impact on the water resources, hydropower generation and Rabi (winter) crops,” Deoras told indiaclimatedialogue.net.

“Despite the fact that WDs play a very important role in India’s winter weather, limited research has been done to investigate the causes of their inter-annual variability,” reads the 2017 research study. Only a handful of studies have documented the changing pattern of WDs in north India.

The same year, another landmark study titled Changes in western disturbances over the Western-Himalayas in a warming environment by the Indian Institute of Tropical Meteorology (IITM) pointed out that the western Himalayan region has witnessed a significant rise in surface temperatures since the 1950s. Data analysed by IITM researchers found temperature differences between the Himalayas (sub-tropics) and mid-latitudes have gone up due to warming in the Tibetan Plateau, which is conducive to WD and its increased variability.

Rising winter temperature in the hill states of northern India has been recorded in the IMD’s 2013 monograph, State Level Climate Change Trends in India, which has analysed long-term (1951 to 2010) temperature and rainfall data from hundreds of weather monitoring stations across India. “The highest increase in winter mean maximum temperature (across India) was obtained for Himachal Pradesh (plus 0.06 degree Celsius per year),” it said. Uttarakhand, too, showed a significant increase (plus 0.02 degree Celsius per year) in winter mean maximum temperature.

Scientists have projected that a winter temperature rise of 0.5 degree Celsius will reduce rain-fed wheat yield by 0.45 tonnes per hectare in India.

Climate change will make WDs more erratic, scientists forecast. Changes in the climate impact jet streams, which in turn impact the WDs. A jet stream is a river-like current of air circulating across the globe at upper levels of the troposphere (at around 30,000 feet). The jet stream has a direct impact on weather. For instance, when a broad low-pressure region, also known as a trough, is present, this current dips southward, creating a kind of U-shape. This shape reflects the presence of WD.

“The jet stream is a result of a temperature difference between the poles and the tropical regions. Currently, the warming rate at the poles, especially the Arctic region, is almost double than that of the rest of the world. This is reducing the temperature difference and is believed to be slowing the jet stream,” said Deoras. In spite of this, we don’t have a clear idea about WDs in the future climate due to lack of research, he added.

Acknowledging the non-uniform winter precipitation in the Srinagar Valley, Sonam Lotus, director of Meteorological Centre, Srinagar (J&K), said a comprehensive study of climate and changing pattern of WDs needs a minimum of 30 years data. “One or two events cannot give us a clear picture, although it is a cause for concern,” he told indiaclimatedialogue.net. The J&K State Climate Change Action Plan notes that the “amount of snowfall has reduced over the years”.

Climate change and changing pattern of the WDs are expected to impact the Himalayan glaciers. “Winter WD precipitation provides critical mass input to glaciers and snowpack. In the spring, snowpack melt provides essential runoff to the regional river networks and to replenish groundwater storage at low elevations. While it seems that increasing air temperatures in the future will push the beginning of the melt season to earlier in the year, and glaciers in headwater basins of the Ganga appear to be on a continued decline, it is not clear whether snowmelt runoff will continue to increase in the future since this depends on the snow accumulation regime of WDs,” reads the April 2015 paper.

Keeping in mind the crucial role WDs play in securing water resources and winter crops in northern India, it is imperative that the changing pattern of these extra-tropical storms is studied and its impacts recorded so that an action plan can be drawn to address the emerging challenges.

This article was first published on indiaclimatedialogue.net. 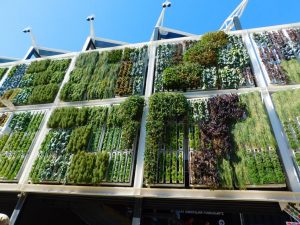 When climate comes unhinged, we need to re-think how to build our cities Fire destroys swathes of forest in Pathibhara region, desperate bid on to put out the flames 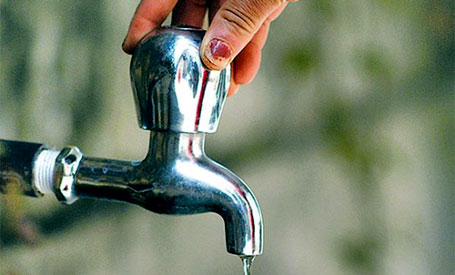 Taps running dry in Rolpa, no budget for maintenance of drinking water projects