The latest round of talks between the three major political parties and the United Democratic Madheshi Front has ended on a bitter note. The Baluwatar talks started with Prime Minister KP Sharma Oli proposing a long-term solution to the Madhesh-centric demands that the UDMF has been raising, spearheading a movement in the southern plains to press for the fulfillment of the same.

Subsequently, UCPN-Maoist Vice-chair Narayan Kaji Shrestha ‘Prakash’ proposed starting the talks from the point where they had remained stuck. From the three parties, CPN-UML Vice-chair and Defence Minister Bhim Rawal briefed the meeting on the efforts that a taskforce comprising the UDMF and the three parties has made in resolving the political standoff. From the UDMF, leader Hridayesh Tripathi briefed the meeting.

During the briefing session, the UDMF wanted to know whether the three parties have concluded that reaching an understanding with the UDMF is impossible.

In response, three-party leaders said they have regarded the UDMF’s six-point charter as the TOR of the political mechanism that will settle issues related to demarcation of provincial boundaries. They described the TOR as positive.

While Rawal was addressing the meeting, PM Oli interjected and said he wanted to say something. And when he started speaking, the environment turned pretty hostile.

First, PM Oli, who is also UML chair, criticised the main opposition Nepali Congress. He said the NC gave rise to this crisis by registering a Constitution Amendment Bill without the UML’s consent, when it was leading the previous government.

Then he wanted to know from the UDMF leaders if the movement will end if the Parliament passes the bill. The three parties have reached an understanding to approve the bill as it is, he maintained. Quoting Oli at the meeting, a leader said: Who cares for proportionate inclusion if the movement does not cease.

UDMF leaders got angry when PM Oli lost his temper. Tripathi voiced his protest, saying they did not attend the meeting to have tea.

Oli’s attitude has also infuriated the NC and the UCPN-Maoist.

At the meeting, UCPN-Maoist President Prachanda asked the concerned not to link the UDMF with constitution amendment, unnecessarily. He stressed the need to give continue to the talks, pointing: I am aware that a deal with the UDMF is possible only if there’s an agreement in package.

Responding to Oli, the Maoist party said it has concerns regarding proportionate inclusion. A source said there has been no agreement on passing the amendment bill as it is, contrary to what Oli has said. 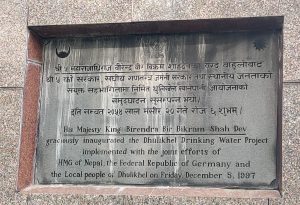 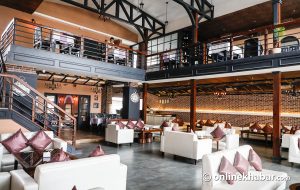