A woman has been found murdered in Rangeli municipality of the Morang district in eastern Nepal on Wednesday. Police have arrested her husband among others suspecting his role in the crime.

The victim has been identified as Anita Yadav, 24, a resident of Rangeli municipality-3. Her body with the throat slit was found on a canal around two kilometres away from the house.

SP Santosh Khadka of the District Police Office says the law-enforcers are looking into the case. 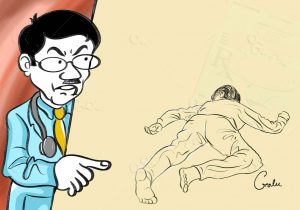