Dambar Chemjong is sitting outside his office in the Central Department of Anthropology at Tribhuvan University, the oldest and biggest university in the country, briefing a prospective student about the benefits of studying anthropology. His eyes light up as he talks as that one can clearly see how passionate he is when it comes to it. He shows the prospective student the research conducted by the department. To make things easier for the student, he even calls to ask when admissions for the department would open. To him, this is just a part of his job.

“I want to change things. Make a difference,” says Chemjong, the head of the Central Department of Anthropology at the university. “They say the university is dead and not like it was. But, I beg to differ and want to prove to people that it is alive and doing well.”

Chemjong took office in August 2018 and since then has changed the face of the department. He has added relevance to the course, created a fun learning environment, established an automated library and even constructed a garden to add some aesthetic to an otherwise dull TU compound.

But now, he wants to do more. Through small efforts like these, he wants his students to produce journals and research on topics not discussed before. He wants to create a learning environment at TU itself and hopes other departments can do the same so that the TU can once again become the students’ first choice if they choose to stay in Nepal.

“Small things like these go a long way. You need a feel-good factor,” he says. “But, this is just a beginning as a lot more needs to be done for the university to do that.”

His solution for this is to scrape all the constituent campuses and set up different universities in each province with not more than 5,000 students in one.

“What is the use of having over half-a-million students when you can’t even conduct exams and release results on time,” he questions.

“If you want to make any decisions at a campus in Darchula, you’ll have to ask permission from Kirtipur. This, to me, makes no sense. If we can decentralise it, I’m sure in the next decade, we can see a lot of improvement.”

But, for that to happen, the leg-pulling culture at the university needs to stop, he says. He calls on teachers and officials at the university to understand what the place stands for and be true to its principles.

“As professors and teachers, we need to understand that we have to evolve because today’s age is different. Students are different. If they won’t find value, they’ll go abroad.”

While he says that students going abroad is more to do with it being more accessible, he is aware that not all departments in the university offer attractive education.

“I don’t want to speak about others, but there are some courses which are quite archaic. That needs to change for the TU to become a sought-after destination for students.”

He gives the example of his own department. When he started out in 2018, there were only nine students. Today, there are nearly 30 as the department is planning on adding PhD courses having recently added MPhil.

“Constantly evolving is important in today’s age. We’ve also been talking about credit transfers and being a part of the Erasmus exchange programmes. These are what make courses attractive for students along with the different research and job opportunities that we have been helping them out with.”

This, he says, will help the individual capacity of both the students and teachers as with better teachers, the place will have better students who will drive each other towards perfection. But, its not as easy and he knows that.

“Good teachers are not appreciated in Nepal. I feel that a good teacher who has the ability to pull students needs to be paid more. It’s simple. But, teachers getting paid more in Nepal is not the norm, which is why many do research work individually with other organisations.”

He says he does not blame them but instead the system that makes it sound bad that teachers work for these organisations. He says, this, instead, should be promoted like it is in the west as it will improve the teachers and be good for the organisation.

“But, here, they want them to sit in a room and not be open to exploring, which is dumb.”

This is why he says people at the TU need to be vocal as it can create a change through dialogue and conflict.

“They say I talk a lot. But, I do so because not many here do. I want to make sure that this department does well till I’m here. I don’t like leg-pulling. I want to work with all I have and give all that I have for this department and help both students and teachers reach their goals.” 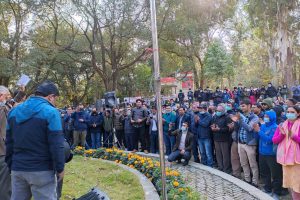 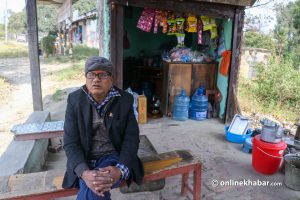 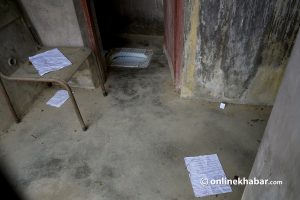 Troubles with toilets at Tribhuvan University: When they will end remains unanswered for years