Nepali Congress leader Bal Krishna Khand says his party may partner with the Dahal-Nepal faction of the divided Nepal Communist Party if the Supreme Court orders for the reinstatement of the House of Representatives.

Khand also says he does not believe that Prime Minister KP Sharma Oli conducts elections in April-May as announced.

His statement comes at a time when leaders of the party have been expressing contrasting views about the government’s decision to dissolve the House and conduct mid-term elections. A faction in the party wants to launch agitation demanding the reinstatement of the House whereas another wants to begin preparing for the polls instead.

But, Khand, considered loyal to the party president Sher Bahadur Deuba, said, “The prime minister doesn’t want to hold polls in April-May. Elections are just an excuse…(Thus) we will partner with the side that says the dissolution is unconstitutional.” 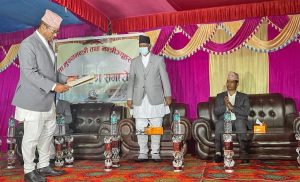 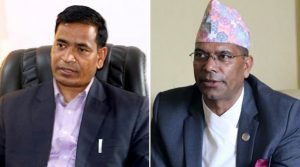