An Indian car has knocked down a youth at Khairahani in east Chitwan.

The deceased has been identified as Biswas Gurung, 21, a permanent resident of Kalika municipality-4, currently residing in Khairahani municipality-8.

Gurung had sustained critical injuries after being hit by the car at Simaltandi, Kharahani municipality-9, along the East-West Highway on Wednesday evening. He breathed his last while undergoing treatment at Old Medical College in Bharatpur.

The Indian car (JH 01 DX 7739) en route to Narayangarh from Lothar had hit a motorbike (Bagmati Province 03-005-Pa 2669) coming from the opposite direction. Gurung was riding the motorbike.

According to the District Police Office, injured Gurung died in course of the treatment last night. Police took the car driver Alok Kumar from Bihar under control.

2 dead in a motorcycle accident in Parsa 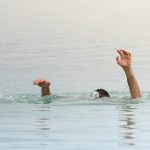