Street dogs are common in Kathmandu, but here is something that is uncommon.

On a quiet evening in Thimi, I heard a lady from the rooftop of the house yelling at her 13-year-old son. I got interested and, although against the moral conduct of a good neighbour, tried listening to the conversation.

Over a few horns of motorbikes and the rumbling of trippers, I got to know the cause of her wailing at her son. It was a puppy that her son had brought home. A few moments later, I saw the boy come out of his house, and following him was the curious puppy.

That incident made me thoughtless for a moment as I myself was not able to choose any side. Then, there was this thought that the boy had done nothing wrong by bringing an innocent little puppy home.

The puppy was probably a month old; its mother had given birth to seven puppies a month ago. This morning, I could only see three of them jostling to get to their mother’s milk. The puppy had a white body with a black patch on its eyes; anyone could be excused for falling for the puppy’s cuteness.

But, the question that came to me was ‘could I be able to adopt the dog’s family and raise them as my own in my house?’ I did not have an answer.

The next day as I came back from my college, I looked around my neighbourhood for them but could not find them. I wondered where they were.

Later in the evening, I saw the boy playing outside his home.

Has he committed any crime? Is there no right for street dogs and animals to live in any society? Is it bad to strengthen the social relationship with street animals? I wondered.

The dog’s family was very playful; the mother greeted me with a wagging tail every time I came back from college. She had been around for a few years in the neighbourhood. I had given her food plenty of times. I had a liking for her and her cute puppies. The tragedy of not being able to see them the next day kept me awake for large parts of that night.

After all, I too am a child at heart. Meanwhile, the whole neighbourhood had worshipped her on Kukur Tihar. Decorated by the yellow garland, the white pregnant dog with her big black eyes put her tongue out and wagged her tail in the excitement of getting all the attention. How amazing would it be if the respect offered on Kukur Tihar was celebrated every day!

My mind then wondered about these feeble animals that lived in our neighbourhoods. These animals including street dogs barked at strangers, looked at us with love, and wagged their tails when we came back to our homes. Then, their expectation of us was love and some food in return.

How often can we say they would get either of them? Ignored, hated and sometimes violated, I felt the street dogs had a terrible fate to be where they were.

Let’s once compare them to the pet dogs that lived in the same neighbourhood. There is a vast difference while treating street dogs and pet dogs.

Moreover, I am sure it is not possible to pet every street dog, but what can we do? Maybe we could start by thinking that in whatever form, these are also beautiful manifestations of nature and universal energies.

These are also the creation of the same artist that made humans. They are also a part of this big home that we call earth and that reason alone is enough for us to show respect and do what’s in our hands to help them live a better life.

I remember a statement by Brownie McGhee, saying, “Something is better than nothing.” To me, that does make sense in this scenario. I wondered if there can be a utopia. There, people would not only respect street dogs on the auspicious day of Kukur Tihar but throughout the year. It might sound impractical, but well, what if?

Dhakal is an environmental science student in Kathmandu. 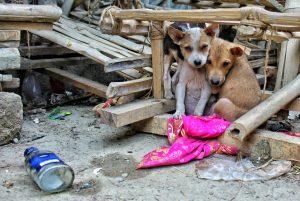 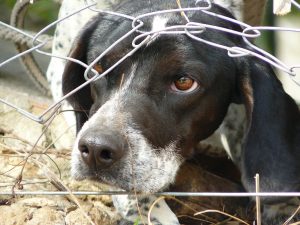