Bhaban Bhatta is Vice-president of the International Coordination Council of Non-Resident Nepali Association. Bhatta, who is the chairman of Japan-based TBI Group, has interests in restaurant management, real estate, advertising, travel, real estate and apparel businesses, among others. He was recently elected Chairman of Nepal Purwadhar Bikash Company Limited, an entity which holds the government licence to construct the Kathmandu-Hetauda highway (dubbed as the  ‘Tunnel Highway’), expected to cut travel time from Kathmandu to Hetauda from 6-8 hours to one hour. Onlinekhabar‘s Nabin Aryal and Puspa Dulal talked to Bhatta about his plans for the project. Translated excerpts: The Kathmandu-Hetauda highway project has been stalled for long. Now that you have become the chairman of the company, what are your plans for the project? What will happen to the money investors have put in?

The Tunnel Highway will become the backbone of Nepal’s economy. After it is constructed, it will become the shortest route to connect Kathmandu with the Terai. The highway will cut down travel time from six hours to one hour.  When the highway comes into operation, the country will save around Rs 20 billion per year.

These things show how important the project is, especially when the government project to connect Kathmandu with the Terai is yet to take off.

I am taking the initiative because I feel that the highway should be constructed, by any means. The project, which is the biggest of its kind by the private sector, was launched with a similar slogan. When the project is completed, it will send a message that Nepali private sector is also capable of constructing ambitious projects.

If you look at countries that have developed at a fast pace, you can see that they have done so by building infrastructure. That is why we should also invest in mega projects. To do that, we need the support of the government, investors and the general public. 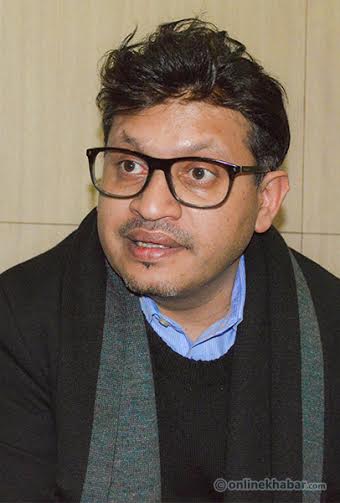 It’s been four years since NPBCL was registered, and given the permit to build the highway. Many investors have said they are interested in the project. But the pledges have not been translated into real investment. How are you going to make that happen?

The post that I have been recently elected to is not like that of a minister, who comes on without prior knowledge. I am already investing in big projects; I am also involved in international trade. I did not come to NPBCL just for the post.

I have always taken risks. There are numerous projects where I could have made easy money, but I have invested in BB Airways, and an economic newspaper. I want to invest in projects that would not attract other investors.

But I have told the stakeholders that they should not think that Bhaban has a magic wand, he will do everything. They should understand that I am just the medium. I have told that building the highway and running it for 30 years would require everyone to shoulder the responsibilities.

How will you manage the investment required?

Ever since I became a part of this project, my focus has been on constructing it, rather than looking for profit. That is why I stepped in with a pledge to invest Rs 1 billion. That is why the project is still alive today.

There was a time when I did not know anything about infrastructure projects, my area of expertise was in aviation and hotel. Despite this, I used my network to negotiate with prospective investors. Japan, where I am based, is home to the biggest infrastructure development countries in the world; the tunnel that joins Hong Kong’s two islands was also built by the Japanese. The tunnel that links Turkey with Europe was also constructed by the Japanese.

Are the Japanese positive about the project?

Investors always want to invest in ‘firsts’. The Kathmandu-Kulekhani highway will be the country’s first toll-road, and it will be profitable, going by the international experience. In my meetings with international companies, almost everyone says they want to be a part of this project.

How much of the investment needed for this project can come from domestic sources? What is your plan regarding this?

We are flexible on this. We want the project to be completed. Foreign companies have their own decision-making process. They do not accept anyone with money as an investor. They would have to accept the domestic companies’ proposal for them to be a part of this project. What are the challenges that the company will have to deal with to complete the project?

The first challenge would be to build a management team. If we do not have an efficient management team, foreign companies will not believe us. Second, we would have to expand our relations with the government, as this project will be built in the PPP model.

Getting the financial closure done will be the next big challenge. Then come the challenges of earning the stakeholders’ confidence, and efficient construction of the highway.

When do you plan to start the construction of the project?

We will announce the date after the financial closure. I have announced that I will pay the rent for the building where the office is housed. I would not want to spend a lot on it. That is one motivation for me to finish the project at the earliest. We should start construction within a year.

Will the estimated cost change?

How much time will it take to complete the highway after construction begins? When will the investors start getting returns?

The plan is to finish the project within 4-5 years. But construction technology is taking strides at a rapid pace, and if we could attract big companies, they could finish the job earlier than planned. Their management will also be efficient. If the project is finished ahead of time, it will benefit not only the investors, but also the state because after the highway is constructed, we will save Rs 20 billion per year.

The government should do more than just issue permits. It should be equally responsible for the completion of the project. In the past, we were unable to convince the government, maybe that was the reason we could not get its support. Now that I am here, there is excitement. We now have access, the Vice-president of NRN is now involved in this project. But we must stress that the government needs to be stakeholder. It needs to invest, however small the investment maybe, so that foreign investors become confident that the project will not collapse.