Ghorepani getting back to normal, two years after earthquake More tourists are visiting the famous Ghorepani area in Western Nepal than ever before since the April 2015 quake that killed over 10,000 people and left thousands others homeless.

According to official figures from the Annapurna Conservation Area Project, the number of toursits coming to the area has doubled compared to the last Nepali year. A total of 19,348 tourists visited Ghorepani in 2072 BS (2016/16). The number went up to 45,685 in the succeeding year.

The area had seen a slump in tourist arrivals following the quake in 2015.

Ghorepani in Annapurna Rural Municipality of Myagdi District is situated at an altitude of 2,810 metres above sea level. It offers visitors a panoramic view of over a dozen mountains such as Dhaulagiri, Nilgiri and Annapurna. Punhill is another destination popular for the the view it has on offer during sunrise and sunset.

Ghorepani is also the main destination for trekkers heading to Mustang from Nayapul in Kaski as well as for those using the route through Thorang-La pass in Mustang in their journey from Manang to Pokhara. 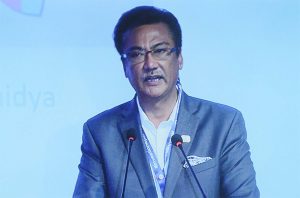 Need to speed up preparations for Visit Nepal Year 2020: Vaidya 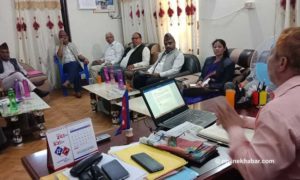