On the evening of September 2, Sarala Khawas, 22, of Chandragiri-9, Kathmandu gave birth to a child. Amidst the fear of the coronavirus infection and the resultant prohibitory order in the capital, it was very difficult for her family to find an ambulance and take her to a hospital. So, her family considered it safer to make her deliver the child at home.

Though Khawas gave birth to her child at around 7 pm, she was not out of risks as her placenta was not taken out till midnight. Due to that, the family members were left with no choice but to take her to a hospital.

Her brother-in-law Ram Chandra says, “We called a taxi. But, the taxi driver refused to take her to the hospital saying that he will have problems while returning (the prohibitory order was in effect). Then, we somehow managed a vehicle from near our house. It was already midnight by then.”

The new mother’s condition was getting worse and worse. The family rushed her to Paropakar Maternity and Women’s Hospital.

Sangeeta Mishra, the director of the hospital, says, “She was dead on arrival at the hospital.”

Khawas, a resident of the country’s capital, died at an early age only because she could not reach the hospital on time.

After the death of Khawas, her swab sample was collected and sent for a test for coronavirus at around 6 in the morning. However, the hospital allowed her family to take the body from the hospital.

Before giving birth, Khawas neither had fever nor cough. Hence, the family was convinced that she did not have coronavirus. Ram Chandra shares, “We didn’t have any PPE. We took her body to Swayambhu wearing a mask and buried the body as per our ethnic traditions.”

However, the next day, at 11 in the morning, Ram Chandra got a call from the hospital. He was informed that Khawas tested positive for the virus.

“After knowing this, we were frightened as there were about 30-35 people present in her funeral and she was taken to and brought from the hospital in a vehicle,” shares Ram Chandra.

This news also stopped all the rites and rituals after the funeral.  Subsequently, Ram Chandra got a call from the Ministry of Health. Afterwards, their ward chairperson came to their house and asked them to register their names for testing. But, the tests did not happen immediately.

It is not only Khawas who has died. according to the Family Health Division of the Ministry of Health and Population, 80 new mothers died in the last five months. In most of the cases, the causes of death have been non-admission and referrals by hospitals to other institutions.

The fear of contracting the virus and the lack of transportation facilities to reach the hospital have made it very difficult for pregnant women to visit hospitals for regular checkups, explains director Dr Mishra.

On August 8, after suffering from labour pains, a 17-year-old pregnant woman from Sindhuli was rushed to the provincial maternity hospital in Janakpur. By then, the condition of the pregnant woman was already very serious.

Then, the patient was rushed to the Paropakar Maternity Hospital in Kathmandu. Dr Mishra recalls, “That was Saturday. By the time she was brought here, she had only two per cent of haemoglobin left in her body.”

Mishra further says, “We immediately operated on the patient by transfusing blood. If only the operation had been delayed by a few hours, she would have died.”

Last week only, Sabina Thapa, a pregnant woman from Biratnagar, lost her life after she was not admitted by six hospitals. Thapa died in the emergency room of the BP Koirala Institute of Health Sciences, 7th Hospital, Dharan.

A pregnant woman of Devinagar, Butwal, was scheduled to give birth on September 4. However, she was diagnosed with Covid-19 around 20 days before the date. After that, the private hospital that was conducting regular checkups for her refused to take care of her.

Then, the family informed the Lumbini Provincial Hospital. However, the hospital responded that there was no provision for the delivery of the an infected woman’s child and nothing could happen for 10 days.

“But, the scheduled delivery date was coming closer. Also, the pregnant woman was very scared as she was infected,” Durga Sapkota, a relative of the pregnant woman, told OnlineKhabar, “We could not get an ambulance on time. We finally reached Kohalpur Medical College in Nepalgunj on August 17.”

Due to complications, the pregnant woman had to have a caesarean on August 21. “How many others may have suffered and how many lives may have been lost as the delivery ward has not been built for such a long time?” questions Sapkota, who is also a health worker.

At present, Lumbini Hospital has managed the delivery ward so that infected pregnant women can also give birth.

President of Midwifery Society of Nepal, Dr Laxmi Tamang, says pregnant women are suffering due to unnecessary panic and inconvenience of transportation.

“Recently, a pregnant woman died on her way to a primary health post after delivery could not be done at the health post in Mahakulung rural municipality, Solukhumbu”, Dr Tamang says, “I tried to arrange a helicopter to rescue her, but they did not pick my phone. When the phone was received, she had already died of excessive bleeding due to the inability to reach the hospital on time.”

Tamang explains most of the pregnant women die due to excessive bleeding.

She also informs the number of pregnant women refusing to go to hospitals and favouring delivery at home or in a rural health facility due to the fear of coronavirus has increased.

“I got the news that a pregnant woman from Tarakeshwar refused to go to a hospital due to fear of the virus. The pregnant woman had decided not to go to the hospital under any circumstances, even if she died, she would die at home,” Tamang says.

Adding to this, Tamand briefs that due to the lack of referral mechanisms of the government of Nepal and the lack of ambulances in remote places, pregnant women are suffering.

“There is no mechanism to refer the case to a higher level when the treatment at one level is not possible. If the patient that has to be referred to a higher-level treatment is kept in the same health facility for a maximum of two hours, there is a risk of death of the patient.”

Dr Mishra informs in the last five months (mid-March-mid-August), 8,398 women have given birth at various hospitals. In the same period of the previous year, 7,332 pregnant women gave birth at the facilities.

She warns that pregnant women have to face more complications in the treatment as they come to a hospital only in a critical condition. 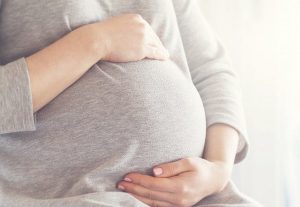 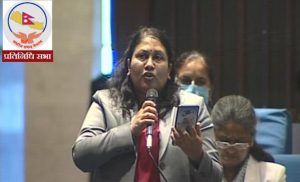