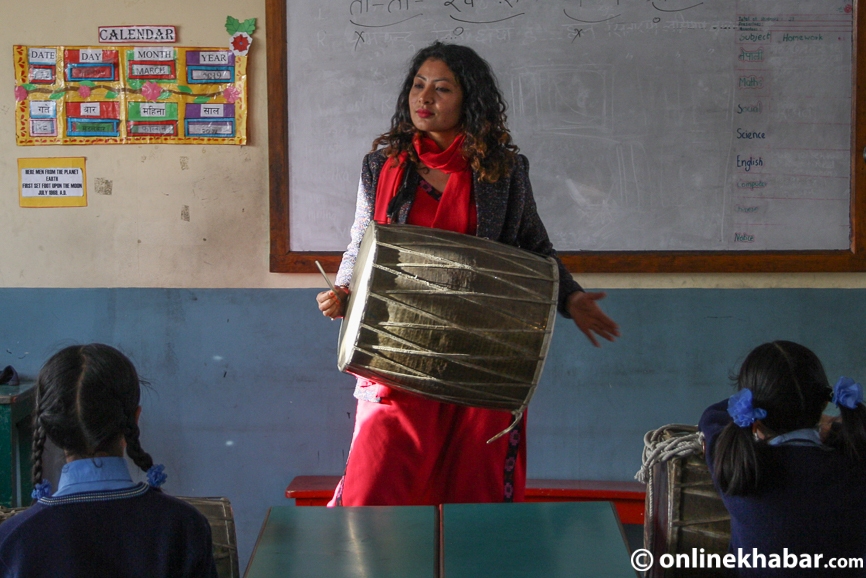 When a 12-year-old Indira Lachhimasyu first picked up a Dhime baja (a traditional Newar drum) at her home in Bhaktapur, different people had different things to say. But two-and-a-half decades on, she has proved her doubters wrong, mastered the instrument and become one of Nepal’s first ‘dhime girl’.

Lachhimasyu grew up around a lot of traditional instruments as her house was also a school for boys interested in various instruments. But surprisingly, she would not be allowed to play them as she was a girl. “My room was next to the classroom and I used to listen to the teacher’s instructions and tap my hands to the beat when the boys rehearsed,” she adds.

Itching to play the Newari drum, Lachhimasyu asked her grandfather if she could play the instrument. “He agreed instantly as did my father and then whenever the room was empty I started playing dhime.”

One day when no one was around, Lachhimasyu was playing the dhime. Listening to her play was a German national and visiting faculty at the Kathmandu University Gate Wagner, who taught young boys how to play. Wagner was on his way to the class when he saw her play; he was surprised. “When I told Wanger about my desire to play the instrument, Wagner immediately agreed and asked me to join his classes along with the boys,” she remembers.

“I have to thank him because if it wasn’t for Wagner, people wouldn’t have known about me. He told me that it didn’t matter that I was a girl and that I should play the instrument and help change people’s mind. Since then I don’t think I looked back.” 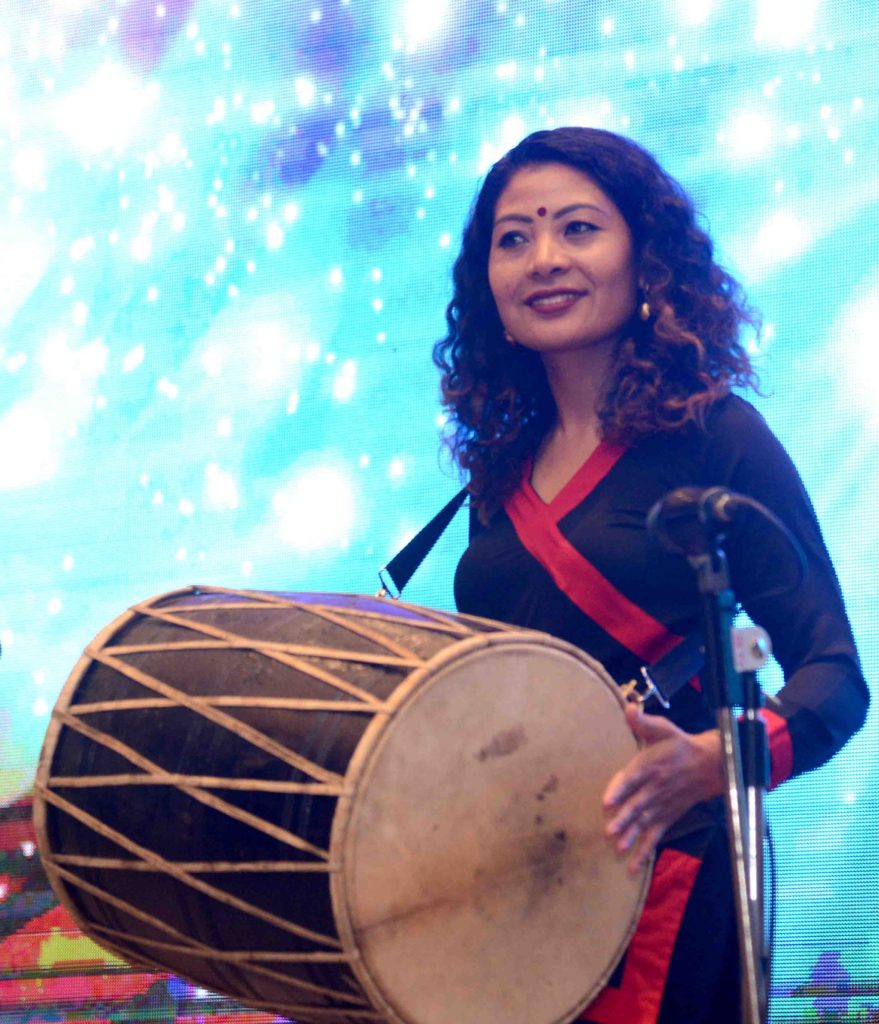 Even though Lachhimasyu received support from her family and her teacher, she did face harsh criticism from society. People questioned why a girl was playing the instrument and criticised her family for letting her play.

“People were telling me that I wouldn’t achieve anything by playing dhime and there was no point in it as I would soon get married and go to another man’s house and look after a family,” adds Lachhimasyu.

But thanks to the support from her family she kept on playing.

“The times were different back then. No one dares question me now. People were uneducated and I feel that was the major cause for the criticism.”

When Lachhimasyu played dhime in public at a festival for the first time, she got mixed reactions. As she was dressed in a saree and was sporting short hair, people at the festival felt it was some sort of a gimmick.

“Many thought that a boy had worn a saree and was playing dhime. But after the program, many came to meet me and told me that it was nice that I was playing the instrument and asked me to carry on.”

But there were some who criticised her again but Lachhimasyu says she didn’t care about negative comments and only took positive ones which helped her move forward. By the age of 15, Lachhimasyu also started to teach other girls how to play the dhime. “My grandfather did not care about what people would say. He asked me to teach other girls how to play dhime. After that, I assembled 12 girls and started teaching them. That gave birth to the group – Dhime Girls.”

Twenty years on, Lachhimasyu shares that no one from the group plays anymore. Even though they meet on a regular basis, most stopped playing because they didn’t have support from their families. She feels that if other girls had got similar support as she had, things would have been different. “Family support is crucial when it comes to doing what you love,” she adds.

Playing the dhime, Lachhimasyu has travelled all across Nepal and has also travelled to countries like India, Italy, Germany, and Thailand. “The first time I visited Italy people were quite shocked. I was the only girl in the group of musicians visiting from Nepal. It was the same when I played in Germany and Thailand.”

She shares it was the same when she took part in different competitions. “I beat boys in the competition. I sometimes feel that I got special treatment because I was a girl,” she adds laughing.

Lachhimasyu, unlike a decade ago, is not as active as she once was. She teaches local curriculum at Shri Bhramayani Basic School and gives students from class 4 to 9 dhime lessons at Everest English School. Apart from that, she has also been teaching a group of young boys how to play dhime in her house in Bhaktapur.

Even though she still plays at various programmes, she now wants to nurture a new generation of dhime players. She has been teaching young boys and girls to play the dhime and urges them to take part in the various jatras (festivals) that take place in Bhaktapur.

“It is important to teach the new generation and involve them. If they aren’t involved in these jatras they will never know how much fun it is playing the dhime. This also helps us preserve these instruments. That is important because I don’t think limiting instruments to the museum will help us preserve it,” she adds.

Lachhimasyu adds that she feels she has helped break a stereotype in the society and thanks her family for the support they have given her for the past 25 years. “When I talk to my parents they feel proud that I changed the perception of a lot of people and they also say that they are quite glad that they supported me in my journey.”

She adds that even those who questioned her over 20 years ago now thank her for her role in promoting culture. “Ever since I picked up the dhime, I’ve been known as the dhime girl. And now I feel quite proud that I chose this path.”