Namrataa Shrestha was right in a recent interview: her ‘life’ as an actress is not over yet. Watch her latest release Xira and you will learn how this popular (and controversial) lady can transform herself for different roles so that she can sustain herself in the industry.

Further, this movie produced under the banner of her own Namtrataa Shrestha Productions establishes the versatile actor as a feminist moviemaker. Because Xira showcases a moving story and equally rivetting acting, the movie has a strong appeal, not only for Shrestha’s fans, but also for the Nepali feminists who often criticise the industry for its demeaning and submissive portrayal of the feminine race.

Remember how many Nepali films are named after the women characters so far? Apparently, you can find such movies quite frequently but almost half of them present women as men’s objects (for example, Dream Girl). Movies in another category sincerely strive to make women as heroes who defy patriarchy to sustain their life (for example, Saili). Yet, some other movies tell the stories of women’s suffering in patriarchy without giving a hint of it in the title (for example, Bulbul).

Movies such as Saili and Bulbul show empowered women in their social setting, but they did not explain how modern women can empower themselves physically to fight against the forces of patriarchy. With an interesting story of vengeance, Xira gives you that insight.

You should know that the title character, played by Shrestha, is a mixed martial arts player; it is not only her passion, but she is building a career in it. This is an important message for Nepali society because, despite legal reforms and progress in educational opportunities available for women, they are not encouraged to enter the spheres that demand excessive physical labour. Biological essentialism or the belief that women are naturally weaker than men blocks them from the wrestling ring. But, in Xira, the title character is loved by her husband and friends for who she is and what she does.

Though she belongs to the antagonist side, Bullet, played by Srijana Regmi, also exemplifies women’s empowerment in the Nepali society. It’s Bullet who prepares strategies to kill Rahul, Xira’s husband played by Anoop Bikram Shahi. At times, it feels that Raja, played by Pramod Agrahari, is just an executioner of Bullet’s plans.

As the term ‘physical’ also suggests ‘sexual’ in many contexts, this movie also subtly shows how modern women are empowering themselves sexually. In the movie, you will see Xira inviting Rahul to spend some quality intimate time while he is reading a book in his study room. From a feminist point of view, this scene is powerful because, in patriarchy, it is always a man who first invites his woman to make love.

If any woman takes over the role, she is punished, she is insulted and disrespected. Women are allowed to enjoy sexual pleasure at the cost of their respect and dignity. Apparently, many works of literature and artworks have shown sexually active women in the negative light; as seducers. But Xira glorifies that role.

Of late, the Nepali cinema industry is flooded with sexual content. But most of them are dirty and cheap. Considering Bulbul as an exception, none of the recent Nepali films have made efforts to highlight that women also have their own emotional and sexual desires, having such desires is not dirty and naughty, and the women should be allowed to fulfill them. Xira reinforces the message.

Xira looks more empowered after the murder of her husband. During the funeral on a rainy evening, her husband’s colleague assures her justice. In reply, she powerfully answers, “I don’t believe in your system anymore. Whatever I do, I do it on my own.” Later, everyone leaves the place, leaving her alone. But, Xira does not weep; rather she looks determined.

In the rest of the movie, the audience sees how Xira gradually recovers from the loss and takes her life forward alone. Of course, she is assisted by her friends and she frequently remembers her loving husband. But, these facts do not prove her weak; she does not seek protection and sympathy from anyone.

Xira has a gentleman husband who respects her feelings. He is the man who finds new ways to elate her woman and make her feel respected and encouraged. Himself being a police inspector, he finds time to cook new dishes when the wife is training. The audience learns that he frequently takes her to ‘new special’ places (on a date?) even after the marriage. He is not protective but caring; not ruling but loving. He is someone that empowered women of this age want to partner with.

There is another feminist man in the film. Xira’s coach and friend, played by Samrat Magar, is also a staunch supporter of women’s rights; he does not talk anything about rights or responsibilities, but his behaviour tells it all. For example, study how he helps Xira come back to her professional career. Though the coach and the player are already intimate friends of the same age, the coach never looks at the woman with an evil eye. Neither does he exhibit any sympathetic treatment. Feminists believe women do not need sympathy and kindness, but encouragement and empowerment. These two men of the movie rightly exhibit that.

Xira might have numerous limitations in terms of the story as well as presentation. The movie, of course, could have been more enriched and powerful. Its cinematographic review might point at other dimensions of strengths and weaknesses. But, from the feminist point of view, Xira is one of the few Nepali films that celebrate the feminine power to defy patriarchal restrictions. The movie survives not because Namtrataa Shrestha leads it, but she leads it in the right direction. 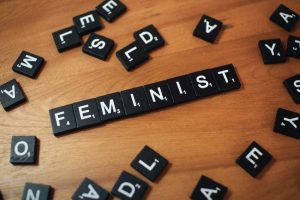 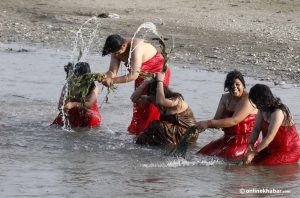 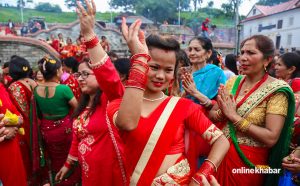