Why Nepal needs to introduce a mega bank merger plan 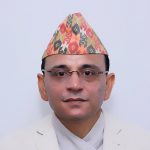 After the restoration of democracy, Nepal has adopted more liberal and open economic policies. The process of economic liberalisation and reforms in the financial sector introduced in the early 1980s has led to significant changes in the banking industry. The open and liberal policy of the government has supported the establishment of many banks and financial institutions in the country. These banks have contributed towards the introduction of new technology, new banking systems and efficient service delivery in the country. These banks have been working in line with the thrust of economic liberalisation and financial sector reform, i.e., making the financial system more competitive, efficient and profitable.

However, it is high time that these banks merged. Here is explained why.

The country’s banking industry was booming until a decade back. But, economic slowdown during that period started affecting their performance of commercial banks. This led to the consolidation of banking industry, resulting into mergers between banks as well as between development banks and finance companies. The figure clearly shows that numbers of finance companies and development banks have gone down drastically due to merger with commercial banks. Even the number of commercial banks has gone down due to the merger. These are impacts of the Nepal Rastra Bank’s policies to consolidate banking and financial service industry.

The central bank has taken consolidation as one of the tools to enhance the capital base, achieve operational efficiency and strengthen the resilience of banking and financial service institutions. Accordingly, merger and acquisitions have been considered as effective measures.

A question arises as to whether the consolidation in banking industry at present is enough or should the banks and financial institutions further consolidate. The safest answer is the merger process should be further expanded.

Why Do We Need Bigger Banks?

In the banking and financial service industry, there is a colloquialism called ‘too big to fail’. Accordingly, the bigger banks are so vital to an economy that it would be disastrous if they went bankrupt. To avoid the crisis, the government can provide bailout funds which support failing business operations, protecting companies from their creditors and also protecting creditors against losses. The table shows how the focus of global banking industry is shifting towards China. Despite being one of the largest economies, SBI has been able to secure 60th position (even after recent merger of 5 of its associates and Bharatiya Mahila Bank into it).

Banking sector in Nepal is highly fragmented, especially in comparison with other key economies. Look at the chart below. The five bank asset concentration in Nepal is the lowest compared to other countries. It is close to Indian banks. But, the ratio in India is heavily criticised and the need for further consolidation is proactively talked about. In USA and China, there are several large banks falling within top 100 list, justifying the ratio. Therefore, we cannot compare our ratio with these countries. If we see other developed economies, the concentration of business in top 5 banks is way higher. This shows our need to further consolidate banking industry.

Consolidation is one of the important tools to enhance the capital base, achieve operational efficiency and strengthen the resilience of banking and financial service institutions. Banking sector in Nepal is highly fragmented, especially in comparison with other key economies. Therefore, there is a need for further consolidation of banking and financial service industry. 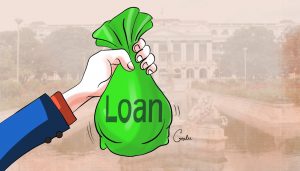 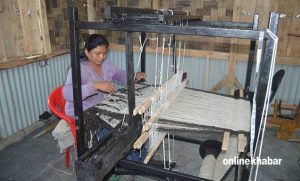 Covid-19 shut 75% of cottage and small enterprises in Nepal: Govt