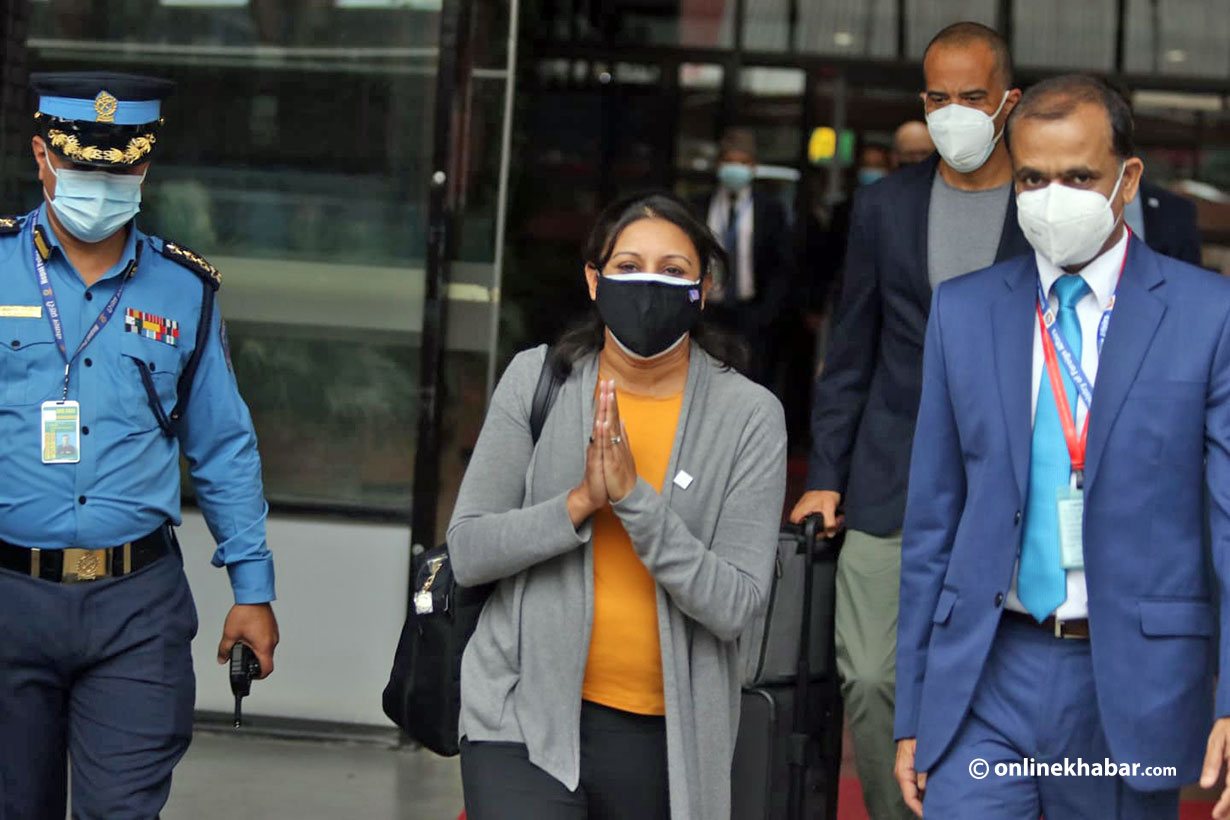 A high-level team of the United States government’s Millennium Challenge Corporation (MCC) programme has arrived in Kathmandu on Thursday morning. The team is led by its vice-president Fatema Z Sumar.

Sumar landed at the Tribhuvan International Airport in Kathmandu this morning, less than 24 hours before she wrote to Finance Minister Janardan Sharma a clarification letter in both English and Nepali languages about various concerns raised by the government.

The MCC team is expected to hold high-level meetings with officials and stakeholders in Kathmandu including Prime Minister Sher Bahadur Deuba.

Of late, the 2017 MCC grant agreement signed between the governments of Nepal and the United States has been a bone of contention in Nepali politics and the general public. Sumar’s visit is feared to intensify this confusion and conflict further.

Currently, major political forces are virtually divided over whether the parliament should endorse the deal, which is a requirement for its implementation. Whereas the ruling alliance consisting of five parties fears the discontinuity of the alliance if the endorsement is made, the main opposition party, CPN-UML, has recently decided not to make a decision about the deal anytime soon.