Hot off the heels of the last Valentine’s Day weekend, I had the chance to reflect on those that I love here in our fair city, as well as on the things that I love the most about this place. So inspired by V-Day, all the negatives of living in Kathmandu of late were overcome by the positives, if not just for this single day of love (I’ll get back to grumbling next week, I’m sure).

Here are my top 5 reasons to go out and manufacture a batch of ‘I ♥ KTM‘ bumper stickers.

I ♥ KTM because Democracy is actually working here Ok, I’ll admit that I am a political animal, albeit from another so-called democratic habitat called America, and one of the things I left behind for good was a land of big intrusive government, filled with crony capitalists and whackadoo liberal reformists – all fight with no action. It’s been refreshing to live in country with little to no government, and less whackadoos ineffectively fighting to reform the political system handed to them. Granted, we all know that GoN is not perfect or even functional, but if you are a libertarian that holds freedom and rights for all high on your wish list, then Nepal is actually a good place to be. We have the struggles that all new democracies face, yes, but without the unlimited supply of weapons to the general population, an oppressive tax code and an even more oppressive government breathing down our necks at every turn. And in the face of crazy country neighbors flanking both borders, Nepal does well in holding its own – case in point, the past few months under siege.

I ♥ KTM because everyone speaks English

It’s a bit sad that after all these years here I’ve never learned enough Nepali to have a decent conversation without breaking into broken English, but really there has been no need. All the people that I come in contact with speak enough English for us to get by, and that can’t be said of my travels in any other SARRC country outside of India. Or Thailand, where they may have everything that we don’t, but the general population can’t speak a lick of English. So kudos to the past Kings or powers-that-be for having the foresight to teach the populace something they can actually use to get ahead. Even in Thailand, you will find Nepalese all fronting the shops and stalls in tourist areas, partly because they can speak decent enough English, and partly because of what I point out below – Nepalis know how to treat customers right.

I ♥ KTM for the service

It does not matter where you go, or what you are needing – everything is easier to get and do here in the Doo. From Auto repair to Xylophone repair, you can get it done, and all with a smile and some common courtesy. For example, when you go to a shop to buy some drapes, you get custom tailoring as well as a cup of tea, free of charge! And while I used to think it was my Kuire face that got special treatment (which it does), after 16 years here I’ve come to see that, in general, everyone tries to do well by the customer, even with such limited means. Another great example is Mac Support Ltd., which will not only pickup and deliver back your once broken Macbook, they do so with resounding expertise. As a retired IT person from America, I can tell ya that’s unheard of in the West.

I ♥ KTM for the food 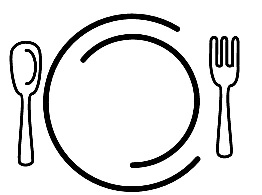 Like everyone else on the planet, I love to eat, and that’s one reason that I’ve just joined Club Nirvana at the Yak & Yeti – I need to shed some of the 30kg gained since moving here. But I can’t help myself, and while living on the border of Jhamel does nothing good for my waistline, living near restaurant ally does everything for my tender palette.

From Pho 99 to Farmers Mart to Piano B, we have everything here to delight even the most discriminating gastronomic aficionado. And it’s not just the eating out that I love (my favorite haunt is currently Imago Dei Cafe), it’s the local produce one can find in the myriad of cold stores, fruits stalls and corner marts that dot my neighborhood, making it easy for Didi to dish up something healthy to eat, even if that dish is just fresh Dhal Bhat, twice a day.

I ♥ KTM because of the sense of family & happiness here 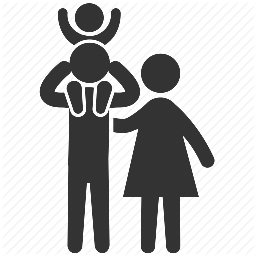 America may decry the need for family values come every election cycle, but in Nepal, family values comes built-in, and practiced on a daily basis. Helping someone out in need is not just a talked about Christian value, it’s the way it is. Freedom of religion is fundamental, even if Muslim, and kids are taken care of by anyone that can. I don’t have the numbers, but the low incidence of rape, child abuse, incest, mass murder, and no “going postal” syndrome makes Kathmandu a relatively safe place to live, and a place where the idea of “It takes a village to raise a child” – is literal. On the subject coined by neighboring Bhutan, Gross National Happiness, our numbers have to be off the charts, even after civil war, earthquakes, blockades and countless other hardships, as nothing material is going to wipe the smile off the typical Nepali face or otherwise damage the spirit that resides within, as exemplified by the sarangi and singing that I hear every morning when I wake to the sound of this city.

(Jigs Gaton is a quirky kinda expat happily living in Dhobighat with family and friends, and who is currently looking for someone to help him print a few thousand or so ‘I ♥ KTM’ bumper stickers.)

Are Kathmandu schools becoming Covid-19 hotspots? What options are available? 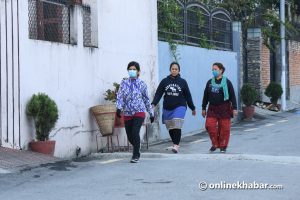