Born in a tiny Himalayan hamlet called Handaule of the Kaski district in Nepal, Khimlal Gautam would glance at Mt Machapuchhre every clear day of his childhood. Lying just within 20 kilometres away from his village, Machhapuchhre nurtured his love for magical mountains of Nepal. However, the first mountain he heard a name of was Everest. His love for Everest started after knowing its fame as the tallest peak of the planet.

On May 18, 2011, he fulfilled his long-nurtured dream to scale the Everest as the first civil servant of Nepal. Interestingly, after eight years, he made another record for being the first Nepali surveyor to reach the summit of the Everest, on May 22, 2019. He was the Chief Survey Officer of Nepal’s first Everest measurement team.

On the occasion of Everest Day, Birat Anupam for Onlinekhabar has talked to Gautam
about his love for Everest, including his experiences of leading the historic Everest measurement mission. Excerpts:

How do you recall your first Everest summit in 2011?

I was in love with the Himalayas since my early childhood. It materialised after I joined the Survey Department. In 2010, Gorakhapatra daily published a notice asking interested civil servants of Nepal to apply for what would be the first civil servant expedition to scale Mt Everest. It was a part of the then Visit Nepal Year 2011 promotion programme. I did apply but was not shortlisted. I ended as an alternative candidate.

To my great relief, a member flew for a foreign function. And, I was accommodated in the team. We reached the summit exactly at 5:20 am of May 18, 2011. Luckily, I was the first of my team to reach there my friends, Subir Shrestha and Santakumar Maharjan, joined me within a few minutes. Other four friends scaled around one hour later.

Why were you picked for Sagarmatha Measurement mission later?

There could be a couple of reasons. First, I had already successfully scaled Mt Everest before. Second, I was actively participating in methodology finalisation programmes organised in the presence of renowned scientists and surveyors from across the world for the first Sagarmatha measurement from Nepal.

In this mission, the toughest tasks were summit observation and survey. For this, one needed to be both physically fit and technically capable. I was picked as I was the only Everest submitter in the whole Survey Department of Nepal.

You reached the summit early, was it a strategic decision? What were the measures taken to complete the mission?

We chose to reach the summit early in the morning as it would make it easy to carry out measurement tasks easily given that the summit would not be crowded in that hour.

I, as the Chief Survey Officer, was supported by the Survey Officer Rabin Karki, Surveyor Surajsingh Bhandari, and Assistant Surveyor Yuwaraj Dhital. The chief guide was our instructor from the Nepal Mountain Academy and an internationally certified mountain guide Tshiring Jangbo Sherpa.

Karki and I were at the summit around 3 am whereas Bhandari and Dhital were at the base camp at that time. Other supporters at the summit were Dorji Sherpa and Lakpa Sherpa. Pema Ngima Sherpa could not proceed from South Col.

In the first two hours, we scanned around the summit with the help of ground-penetrating radar (GPR) and setting up the Global Navigation Satellite System (GNSS) antenna tripod at the pinnacle of the peak to find out the instrument’s height. We had to hold the leg of tripod to prevent it from felling by the jet wind at the summit. So, all the while, we were taking data.

Then, other summiteers arrived, and we divided the responsibilities. But, the data taken at the summit are not considered the ultimate data. Other various ground data are required to determine the exact height.

Besides those for summit observation and survey, how many technicians were deployed for the whole measurement process?

After the powerful earthquake of April 25, 2015, and its multiple aftershocks, surveying and mapping points of Nepal were also affected. At the same time, various reports surfaced stating different heights of the Mount Everest. The Survey Department started its homework about Everest measurement, in the initiation of the then Director-General of the department, Ganesh Prasad Bhatta. For Everest measurement mission, a team was instituted with the formation of a secretariat under the command of Chief Survey Officer of the Survey Department.

In order to find the exact height of the Everest, various control points had to be established. These points included points from sea level to Nepal’s Terai to the points around Everest. Likewise, GNSS observation and gravity measurement were required at different points. So, around 80 members from Nepal were active in this big and historic process.

On May 27, just three days ago, Chinese surveyors have also returned after summit observation and surveying.

When does the Survey Department make its findings public about the Everest height measurement?

I am not the right person to answer this question. However, the joint political statement signed between Nepal and China during Chinese President Xi Jinping’s visit to Nepal on October 13, 2019, has a point that both the countries would make the result public jointly.

Despite an incredible achievement as the leader of Nepal’s first Everest height measurement team, were there any problems you faced in the mission?

On May 22, while we were descending, one of my colleagues struggled with the decreasing oxygen. I was supporting him. As I reached the South Col, I happened to lose my consciousness at an altitude of 8,200 metres. A foreign climber kicked me with his leg and I gained my consciousness. When I woke up, I was alone. I descended slowly and met my Sherpa supporters.

A helicopter airlifted me the following day from an altitude of 6,500 metres. At the hospital, I was told that my toes were damaged. Later on, I reached AIMS Hospital of Delhi and they carried out an operation. I could not wear shoes for around six months.

I am not much sad though because my mission was already successful. At times, when I see my damaged toe, I recall my hard yet historic days on the Everest.

What are your dreams for the days ahead?

I am happy with my Everest success. I do not have much bigger dreams. On May 18, 2011, I became the first civil servant to be at the top of the planet and the leader of the first-ever Everest measurement team from Nepal, in May 2019. Now, I want to be a good civil servant. And if time serves me right, I will give my try to travel to both south and north poles. 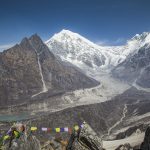 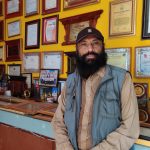