Changa chait: A Kathmandu boy’s memories of a worthy adversary It is Dashain show time and such outbursts of battle-drawn cries can be heard all through the metropolis–Kathmandu.

In a small neighbourhood of Kathmandu, a teenage scraggy little boy twirls on his wooden reel, his eyes glued to his red kite weaving and swaying in the seamless blue sky in the scorching midday sun, his ruddy face covered in sweat and grime–for all he cares!

Suddenly a yellow-n-black bapachya (a bi-colored kite) zooms in, spoiling for a fight. The boy steals a glance at the invader and steadies himself, his cheeks flushed with excitement.

The yellow-n-black contender veers towards the red kite, lifts, whirls and then comes tearing down. The boy smartly dodges the oncoming rush, propels his kite above the challenger, then taking the bapachya off guard, deftly homes in with an unrelenting dive. As both lock, the duel kicks off. Lines are fed as the battling kites spin away, both hell-bent on making a kill.

All of a sudden, the babachya falters and then plummets down in a teetering descent.

“Chait!” bellows the victorious owner of the red kite at the top of his lungs.

Although age has caught up with me, come every Dashain or Vijaya Dashami (the major festival of Nepal, celebrated annually), when the sky is speckled in a kaleidoscope of colors–vibrant red, blue, yellow, green,  I keep thinking back to those good old days.

Old memories rush back and I visualise in ‘virtual reality’ that reel-toting little chap lost in a world of his own with his kite. How on earth can I fail to remember those wonderful priceless moments drenched in excitement and drama, let alone that wide-eyed heady little chap with his kite? … Simply because, I am ‘he.’

In the 1960s, before the time of ‘tellys’ and long tiring waits for movies to change at the handful of theatres, for the youngsters of Kathmandu the only way out to unleash themselves during the long-awaited Dashain holidays, was to fly kites, run kites and, more than that, fight kites.

For me kite flying in those days was a passion that amounted to obsession. I whined, scrounged, stole, threw one too many tantrums at home, and did not mind trading mom’s thrashing for a day’s kiting. There was never a dull moment flying and fighting kites.

When the Dashain escapades were over, what remained of the tell-tale cuts, gashes, and rashes, all so heroically ignored during the time, stood out as endearing reminders of a beloved season that had once again passed a little too soon.

For us, the historical Asan Tole, Asan Twāh in Newari, with a handful of kite shops, was the hub for all the kiting paraphernalia. The strings available in the shops then were the plain and lightly waxed (unlike the ready-to-use glass-coated ones available in later years) hanging by their spools along with a motley array of wooden reels and the dazzling kites.  The kites came from Kolkata and Patna (India), the strings from Bareily (India), while the wooden reels were made by the local carpenters.

Now before we had a go at flying, we attended to one crucial piece of work—the maza ritual. Maza, a concoction comprising of aalas (flax seed), arrowroot powder, sago grains, a slippery extract squeezed out of a cactus plant called ghyukumari (aloe vera) and powdered glass(pounded electric bulbs), was brewed together to a thick consistency and then applied to the string. Every boy prided in his maza recipe, which he kept secret for success at kite fighting rested upon it.

In those days, at aged 13, I was not an ace fighter but I did hold some clout over my neighbourhood peers. When in my elements, I downed seven or eight kites in a day against a loss of only two or three, which was considered an admirable feat among my friends; but there were days when only frustrating defeats came by.

I had friends who were great at kite running   but I had no stomach for it as it called for speed and brawn that I lacked, and as often as not such runs ended up in scuffles.

One Dashain our entire neighbourhood was in for a big shock—an invasion out of the blue. A newcomer had made a storming entry, blazing a cutting spree across our sky. He spelled doom for every single kite that dare cross his path. None stood a chance and none were spared. It really stung when I lost kite after kite to this formidable adversary.

What really intrigued my friends and I was his style of launching an attack. To all flyers of our genre, the rule of thumb was to secure an upper hold over the opponent’s, ensuring full contact and feeding the line in a steady slow motion. To the bewilderment of the local boys, this chap did just the opposite by engaging himself from below. 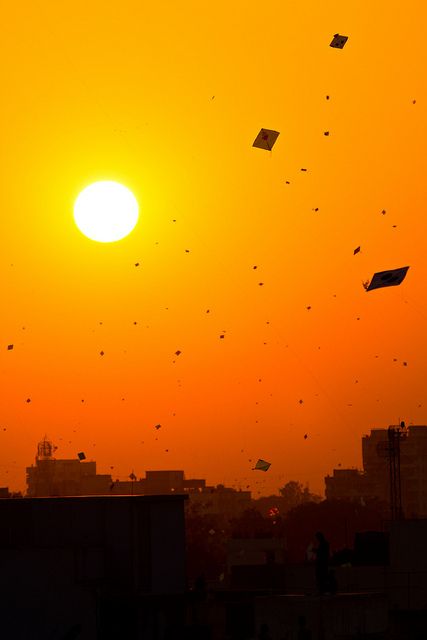 His kite approached from below, lifted straight up and before we were prepared to meet this unexpected rush, our lines snapped, as if they had been touched off by a razor.

For two days the cutting binge continued, and all we did was gawk at our hapless kites. None of our ruses seemed to work against this seemingly invincible warrior.

Overnight, this newcomer had turned a hero, talked about in hushed tones whenever the boys met in the alleys of our neighbourhood. Words

got out that this fellow was up from India visiting his uncle who lived in our neighbourhood.

Near desperation, I decided to pay a visit to this mystery fellow, a dark horse—just a stone’s throw away from my house. I found him, almost my age, flying his kite, to my great surprise, with his bare hands.

No boy in Kathmandu then flew with bare hands. A boy stood by his side holding a reel and fed the line when needed. Even as I watched awestruck at the ease, the flourish, and the control he displayed at tugging and jerking on his line, he downed two kites to their doom.

Anxious to get to the bottom of this enigma, I cautiously struck a conversation with him, “Wow! That was great—two kites cut in less than ten minutes. You know what, this is the first time anyone has struck off kites in this style.”

The fellow smiles at me and says, “Well, it’s nothing. In India we fight kites this way.” I had to pry into, so I pushed on, “It really beats me how you do it ’cause we only spar by paying off our line.”

“If you are mounting your attack by drawing your line, you got to maneuver from below when you go for the kill. Care must be taken that the upward surge is maintained at a very fast and unbroken pace. If you manage a rapid tug, keeping your line taut, it has a devastating effect on your opponent’s.”

“So what’s the other guy supposed to do to foil this attack?” I urged him impatiently. “Again very simple,” pat came his reply, “All he has to do is make a dive for it to meet the onrush as fast as he can until his line gets into full contact. Then let go your line. This way the other guy won’t stand a chance.” For me it was a sensational revelation.

As expected, I had a showdown with him the next day. I followed the newcomer’s instruction to the letter and launched an attack. Lo and behold, I could not believe my eyes when down went his kite! The day followed with three more victories against one loss for me. So, after all, this guy was not as invincible as all the local boys and I had come to believe.

One should have watched me then, swaggering down the street my chin held high, my neighbourhood boys eyeing me green with envy!

Be that as it may, the chap from India had caused quite a stir in our neighbourhood like never before. For two more days the dog-fights between us continued, each vying to outwit the other, scores almost nip and tuck. Our kites dominated the sky, as if the rest did not exist.

All this time, we shared a strange camaraderie in between us despite our kites being at perpetual war.

On day five, I was ready, as usual, with a renewed vigour for a face-off. But the sky was conspicuous by his kite’s absence. I frantically kept on searching the sky above me the entire day for his kite to appear–to little avail.

I learned the next day that he had left for India. For many Dashains that came thereafter, as the pirouetting kites flashed in vibrant hues and shades against the indigo sky, I really and truly missed him. 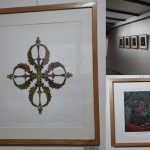