Here’s a quick summary of important, ignored and interesting reports from Monday to kick-start your day:

The ongoing session of  Parliament is unlikely to pass the Citizenship Amendment Bill, according to sources. The State Affairs and Good Governance Committee is yet to finalise the bill. The bill was registered at the parliament secretariat on August 22, 2018.  But the panel failed to endorse then bill even after three dozen meetings. The panel also formed a nine-member sub-panel led by lawmaker Bijaya Subba on August 27 to forge consensus on issues such as provisions related to naturalised citizenship to men and women married to Nepali citizens. But the sub-committee also failed to come up with any solution.

The number of people diagnosed with dengue in the Kathmandu valley has reached an all-time high. The virus, which has affected thousands of people outside the valley in the last few months, has infected nearly 1,200 people in the past month. Over 400 people are getting themselves tested for dengue virus every day. Even though the disease is spreading, the government has refused to announce a medical emergency. Since the monsoon began, over 4,000 people have been infected around Nepal; six people have lost their lives. 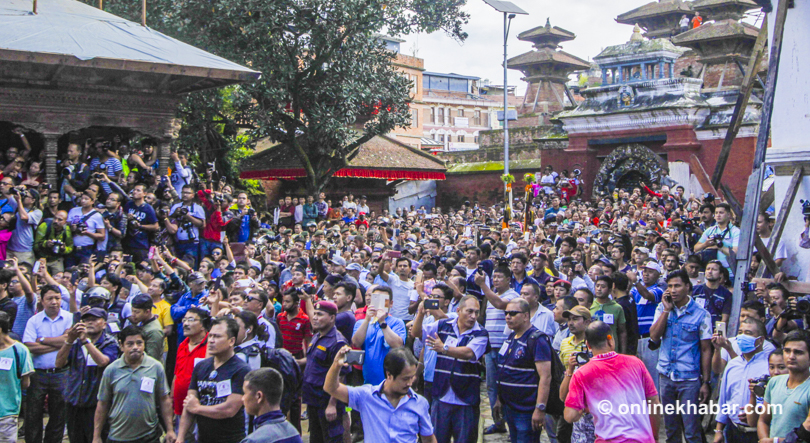 Forty-seven foreign delegates, including five mayors, are coming to Nepal to observe this year’s Indra Jatra. The delegates have been invited by Kathmandu Metropolitan City mayor Bidya Sundar Shakya. This is the first time an official invite has been sent to foreign delegates to observe a festival in Nepal. Mayor Shakya said that this year’s festival would be even grander than previous years and that it would help set the tone for Visit Nepal Year 2020.

Chinese foreign minister Wang Yi said that President Xi Jinping will visit Nepal very ‘soon’. Wang, who made a courtesy call on President Bidya Devi Bhandari and Prime Minister KP Sharma Oli, during the meeting with Nepali foreign minister Pradeep Kumar Gyawali said that the time was right for Xi’s visit to Nepal. The date for the visit hasn’t been finalised yet. However, sources at the foreign ministry say that Xi is likely to visit Nepal around the end of October. Netra Bikram Chand-led Nepal Communist Party’s Ramechhap and Sindhupalchowk district in-charge Yadav Dhungel and Gopal Shrestha have joined ruling party NCP. Both Dhungel and Shrestha quit the splinter group stating that their ideologies didn’t match with Chand. The duo was inducted into the party by NCP’s co-chair Pushpa Kamal Dahal at a program in his residence in Khumaltar.

The decision to unfreeze the bank accounts came after all transport entrepreneurs registered themselves as companies.