For past three weeks, the world’s eyes are on Russia as the largest country in the world by area hosts the 21st edition of the FIFA World Cup. Russia holds a powerful position in global politics and this World Cup, without doubt, has given it an opportunity to add a new feather in its cap— in terms of cultural exchange with other countries.

Nepal also has thousands of football fans and they are keenly following the matches being played in Russia. In this context, Onlinekhabar talked to Yuliya Androsova, Director of Russian Centre of Science and Culture and First Secretary of Embassy of the Russian Federation, to discuss social and cultural benefits of hosting the World Cup.

Russia is currently hosting the FIFA World Cup. What social and cultural significance does it hold for the Russian people?

What impact will the World Cup have on social and cultural aspects of bilateral relations between Russia and countries?

Before the World Cup began, there was propaganda that Russia is not safe for players. However, the perception has changed now, from negative into a positive one. Now, our social and cultural ties with the rest of the world will be shaped by the way fans perceived Russia during the World Cup. These perceptions are determined not by political bodies, but by the people of Russia and visitors from other countries who have gone to Russia to watch the World Cup. Now, the world knows that Russia is a friendly country and it is ready to work with any country in the world, in any sector it has capacity in.

Russia is located between Europe and Asia. However, there were some rumours that Russians have negative feelings towards Asians and they don’t treat them well.

Yes, we are between Europe and Asia and we look at both the sides with a friendly perspective. Our viewpoint is the same for both the regions. We respect every country in the world. You have never heard our leaders or state officials say anything negative about Asia or Europe. Therefore, I think we shall not talk more about the propaganda that spread before the World Cup.

I am happy that Nepali people have a good impression of Russia and they have appreciated the role Russia is playing as the host of the World Cup. They have been extending support to us and our team. I have been receiving letters of appreciations and congratulations from football fans of Nepal after key matches. They also congratulated me when Russia made it to the quarter-finals.

Some fans have even proposed that a friendly football match be organised between Russian players Nepali footballers, and we are open to discussing such proposals further. The doors of the Russian Embassy and the Russian Centre of Science and Culture are always open to all Nepalis. There are many football fans in Nepal who have been rigorously following the World Cup. How do you think Russia can take this opportunity to strengthen bilateral ties?

This is a great possibility and we have already worked on it. On June 9, five days before the inaugural match of World Cup, we visited a school in Bhaktapur and hosted a football match for the children there. Our objectives were to disseminate the message among children that Russia was hosting the World Cup and to promote sports culture among Nepali children.

We gifted the participating kids some jerseys and balls. I had also gone there. I totally enjoyed the event and took many photographs.

Besides such ‘symbolic’ events, does your centre have any concrete plan to build on the fandom?

We are thinking of organising a football match between teams from Nepal and Russia, here in Nepal, most probably in Kathmandu. I think it is possible because we are already connected with a lot of players and fans here.

Here at the centre, we have a football fan club, ‘Ideal Football Fan Club’. The club provided a brief Russian language course to Nepalis visiting Russia for the World Cup. The club informed me that some people among the 350 who had gone to Russia to watch the matches have already returned home. I have also met a few of them. They are really excited to have visited the biggest stadiums in our country. I think we should cash in on their excitement for the football match that we are planning to host.

We have set a target of hosting it within the next six months. We will surely inform you once the exact date is finalised. Just wait for our invitations (laughs).

What are other major activities the Russian Centre of Science and Culture carries in Nepal and what are their impacts on the friendship between two people?

The centre is in operation in Nepal since 1979. There are many Nepalis who returned home after completing their studies in Russia. They have established a friendship society named Mitra Kunj. Likewise, there are other societies that have been working with the centre to carry out different activities in different fields. For example, we have societies for literature, technology, and business. Each of these societies organise at least one function every month covering different issues with the sole objective of promoting bilateral ties. This week, we have two events focussing on language and business. Likewise, we are preparing for an art exhibition to be held here soon.

We are active in different fields of society in Nepal. We are looking forward to improving them further in the future.

What are some of the major milestones the two countries have achieved in social and cultural relations? What are the major problems?

Our journey so far is quite smooth. The people of Russia and Nepal share similar feelings about various issues. I know the number of Russian tourists visiting Nepal has been increasing over the past few years. I wish it would increase further as we continue organising various events and activities to connect the two counties.

I do not think there are any problems in maintaining social and cultural ties between the two countries. We are open to all kinds of suggestions and our door is open to discussions on any topic related to bilateral cooperation.

Let’s end the conversation with your reflection on Kathmandu and on Nepal. What has been your experience here so far and what do you expect in the days to come?

It has been three months since I came to Nepal to take up this assignment. I like Nepal very much as I was also born in a mountainous region. Hence, I was excited about coming to Nepal.

I also like the Nepali people. I am also interested in the Nepali language and I am learning it. Other things of the country which attract me are its architecture, sculpture and other forms of art. The climate is also good to live here.

This is my first time in Nepal. I had heard about the country for the first time during my school days. I am sure almost every school child in our country knows that the highest peak in the world, Mount Everest, is in Nepal. I will be here for the next two years, but I really wish I could extend my tenure to as long as possible. 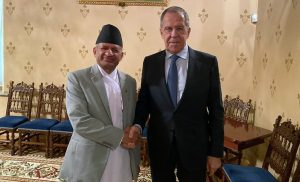 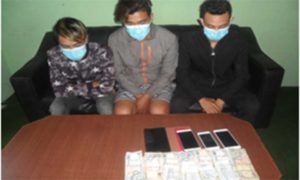