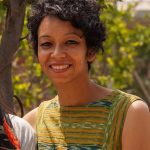 There are these women in our society at alarming numbers, the moral policewomen, women who are so adept at teaching other women how to be a good woman, an ideal woman, they know it all.

And, it all begins and ends with: men. They tell you how men should be bequeathed with respect at all times in its highest form.

It seems as though they have been personally appointed to maintain the sanctity of male supremacy in society.

It makes you wonder, have they never in their life felt the wish, the want to be as equal as a man, to live in the superiority and supremacy of being a man. I am sure that every woman at some point in her life has hated a man for all the privileges he is born with and is inundated with all his life, while all she can do is stand on the sidelines and drool over it.

When these women see a woman, the other kind, who dares to say or do something that questions or even just points a finger at this disparity, she runs amok and creates a ruckus because this might disrupt a man’s place; it sends a slight shiver of the dismantlement of existing traditions and unwritten laws; this might shake the predominance of men over women, and this must be contained before it gets out of hand. This is where these women rise up to the occasion to fulfil their calling, to hold up the tradition of male supremacy, to hold it upright and keep it intact unless these other women try to infiltrate it with their absurd ideas.

I wondered why do not these women see it as a new dawn for women, for their own. Why is she so adamant and ironically proud to uphold these traditions that are in the favour of men, and forsake those that might just turn out to give her some leverage? Why is she so against it? Why is the need to rush and support and save such traditions that are a total injustice to women?

Why, when a woman tries to free herself from the chains and bondage of male supremacy that has tied her down, do these women feel the need to chain her down again and keep her there and make sure that she stays there? Why?

Always the women who see a slight deviation as sacrilege and are ready to pounce on these other women.

I always felt anger and irritation at such women and could never understand this behaviour of theirs.

And then, a few days ago I was introduced to a text, which was a window to this world, it gave a glimpse of the schooling that women have received, and how they have been conditioned to think and act the way they do.

It is all thanks to the wonderful men.

Shrewd, conniving men, who have it in the written word what an ideal woman should be like. These words have for ages been read aloud to groups of women, compelling them to believe that this is the fundamental truth that they need to adhere to and enforce upon others as well.

To maintain this adulation, men have used a mixture of some pretty unscrupulous statements and that very potent feeling — fear.

Seemingly beautiful lines and fear go hand in hand, as expedient tools, as women have been led by men to believe these statements as the ultimate truth.

These words might even seem hilarious to us now, may not be religiously followed or believed in, but their core still holds such a strong influence on our society. These words over the years have seeped into generations and have become so pervasive in our society that they direct and govern the values we hold and the morals we stand by.

It is modified and upgraded versions of these statements that girls from a young age and all through her life are taught by well-meaning mothers and grandmothers and aunts and mothers-in-law and neighbours, on how a woman should talk and walk in front of a man, how to always honour and respect a man. And, more importantly, they let women know a woman’s place in the relationship between a man and a woman, and eventually a woman’s place in society.

Women pitted against women: for the luxurious convenience of a man!

Eva Manandhar
Manandhar is a teacher trainer. She also previously worked as a feature writer-editor.
More From the Author