It has been brought to my attention that there may be a mobile movement to go back in time to a simpler era, when phones were just phones, and you didn’t need a handful of apps to use what you had in your pocket. 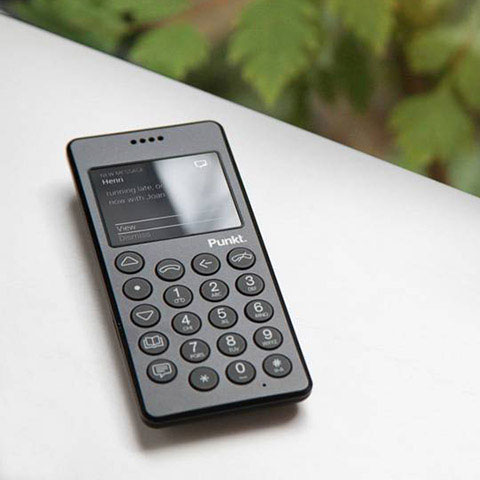 In addition, both of these phones, as well as other devices jumping on the retro bandwagon, also appeal to those nostalgic about a time in our recent history when there was no Facebook, Twitter, or anything resembling the Internet of Things, such as your internet-connected refrigerator that you can’t figure out.

Petter Nebly, founder of Punkt, says of his new retro phone that has a battery life of 1-3 weeks: “This is about taking back your life. It’s serious stuff.” Similarly in tone, the marketing blurb for The Light Phone, which resembles a slip of glass more than it does a phone, says to its potential backers, “The Light Phone is a credit card-sized cell phone designed to be used as little as possible. The Light Phone is your phone away from phone.”

Really? Is your current smartphone so hard to deal with that your life has been taken over, or do you really need another phone in your pocket just so you can more easily make a call?

Really? Is your current smartphone so hard to deal with that your life has been taken over, or do you really need another phone in your pocket just so you can more easily make a call? If you answered yes to any of the above, I won’t deride you, but I would point out that when personal computers were first introduced to consumers, that we all thought they were pretty darn hard to use, but then we got over it. Soon enough, manufacturers introduced things like mice and better software to ease our burden.

In this same vein, phone manufactures are also going to solve both the usability problem with overly smart phones (the ones that are currently outsmarting us), and with battery life for all. The proof of that is in the sheer numbers of folks now using their smartphones for work, and who are replacing desktop time with mobile time. Take this 2016 mobile productivity study of 800 consumers / worker bees that shows that:

*85% of users here said that they were more productive with their smartphone and saved up to 7 hours or more a week when using one.

*Almost half of all users say that their smartphone is critical to doing their job well.

So, I think we can conclude from these trends that any Kickstarter for a scaled down smartphone is a non-starter altogether, and I can’t encourage anyone to even consider the notion. And while I am here, let me do encourage all of you to use your current smartphone smartly, if for anything else, to prepare you for the future (where your mobile life will become most of your computing life, if the current trends hold true.)

For example, I just finished facilitating a Bangkok workshop for the South Asian LBGT community on project management, where I asked everyone in the room (a large young crowd of over 30 people): “How many of you have a personal time manager on your phone?”

Not a single person was using something like OmniFocus or Wunderlist to help manage their time, either at home or at work. Yet I am sure everyone in the audience was adept at Facebook Mobile and Candy Crush Saga. So the lesson learned here is, while we may be complaining about how difficult it is to make calls on a smartphone (btw, that’s not the top use of one – numerous surveys show that the top use of a smartphone is to 1. send and receive email, 2. google something, and then 3. make calls), there are other things not so tough that we are neglecting to consider, such as health and fitness apps.

And as for the truly atrocious battery life of all newer phones that I’ve used, the solution there may be to play less Clash of Clans or DoubleDown Casino, as games do eat your battery life like starving wild rodents. But seriously, help is on the way, trust me. For example, while I was in Bangkok, I also saw a demo of over-the-air charging, as well as some other soon to be released power enablers for hungry mobile users. OTA charging is done with sound waves that are transmitted to a device and converted to energy your mobile can use to top-up your battery.

These ultrasound transmitters can be installed anywhere, thin as a sheet of paper, and will be attached to walls or made into decorative artwork, say at a modern airport terminal. An even thinner plate is attached to your device, and voila, sound-wave charging. Another like technology does the same thing, but with radio waves, and is expected to become part of all Wi-Fi routers in the very near future. And under development is an ambient sound powered generator (using the piezoelectric effect), which will be great for chatty phone users who will be able to power their phones by just speaking into them, a lot.

Sound energy is just the most practical mobile battery improvement coming to a store near you very soon. Others include a urine-powered battery – I kid you not – developed in part with Bill and Melinda Gates money, alongside their toilet project.

In/organic batteries – made from things like sand or rhubarb, which will be longer lasting and more environment friendly. And my favorite gee whiz battery invention nanobatteries that are 80,000 times thinner than a human hair and can be charged in minutes instead of hours.

So, suffice it to say that any notion that retro is somehow better for us, is just utter marketing gorp for please waste your money here. Instead, I would recommend to always go forward, as far into the latest technology as you possibly can – before a stiff drink is required to stay sane. Cheers!

Jigs Gaton is an almost elderly technologist and a quirky kinda-expat happily living in Dhobighat, and who is a big believer in the notion that technology improves our lives – not the opposite. 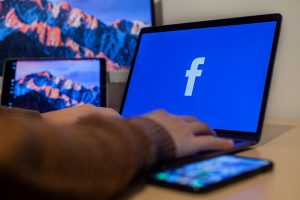